Abusive Behavior Signs in a Relationship That You Need to Identify

There are certain abusive behavior signs that give away an individual's abusive character. Jealousy, manipulation, and violence are a few of them. 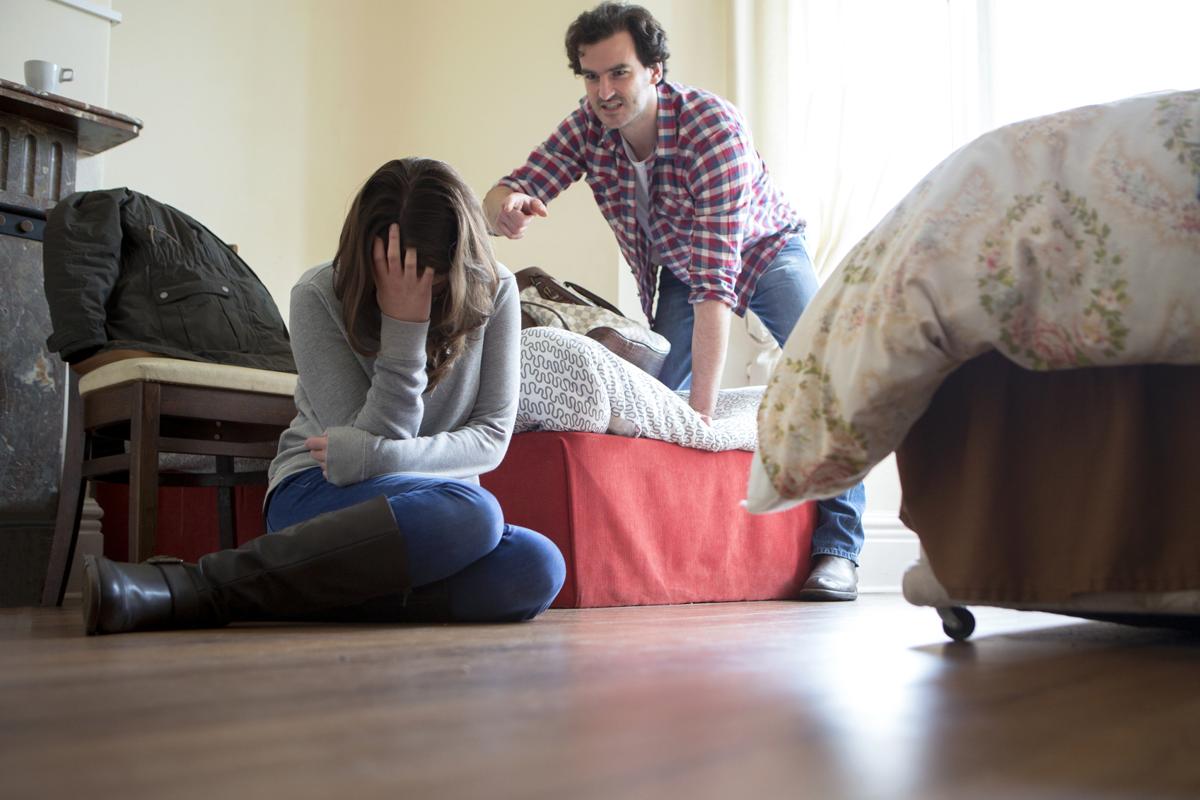 There are certain abusive behavior signs that give away an individual’s abusive character. Jealousy, manipulation, and violence are a few of them.

Abuse need not be just physical. It can be emotional as well as psychological. Whatever the means of inflicting pain, the fact is that living in an abusive relationship can leave a scar that may remain etched in one’s psyche, for years to come. However, there are certain abusive behavior signs that need to be read on time to prevent oneself from getting emotionally involved with such an individual and also to help him deal with this negative aspect of his character.

Quick On the Move

It all seems perfect. The man you love did not take time in proposing you. But does it feel too quick? In case your intuition tells you that something is not right, don’t just dismiss it. If you feel that you are being pushed into the relationship, think twice before taking that final step. The need for emotional fulfillment is urgent and desperate in abusive individuals. This hurry on your partner’s side can be assumed as one of the indications.

Does he keep asking you where you had gone or with whom you had been? Does he keep calling you that makes you feel that he is keeping a check on you? Well, initially, this might feel like a lot of attention. But when this adorable habit of his crosses the limit and starts suffocating you, you should read this as jealousy and possessiveness, one of the dominant symptoms.

Abusive individuals have a very strong controlling nature. This aspect of their character is deftly hidden in concern for you, be it your health – physical or mental, finances, or your relationships with others. At a later point of the relationship, his say would spill on to the decisions you take as well.

There are indications, like cruelty towards others, specially who are weaker than oneself. Such an individual would be cold to child’s cries and is capable of screaming or even hitting a two year old for bedwetting. They are very harsh as far as punishing animals is concerned and are known to cause physical harm to their pets.

Most women in such relationships have heart-wrenching stories of being physically abused by their partners. While the man metes out such a treatment, he absolutely shows no remorse and refuses to listen to any reason or logic.

The symptoms clearly include emotional abuse of the other partner. Emotional abuse in relationships is when the individual starts ignoring the feelings of the other. He calls his partners names like ugly or fat that can be a derogatory remark about the victim’s physical appearance or may be a scathing comment on small mistakes that she commits. What is worse is that the humiliation is not limited within the four walls of the house. This abuse continues in public as well.

An abusive person may call his partner names that would dent her confidence and make her develop an inferiority complex. But, besides emotionally abusing his partner, the man also subjects her to verbal abuse. Yelling, calling names, and even waking his partner up from sleep to criticize her, are all verbal abuse indications.

Having unrealistic expectations is another prominent sign. This, he would manifest by expecting his partner to be perfect in everything, not as per social protocols, but according to his own standards that are set so high that they are absolutely impossible to meet.

Use of Force – Playful or Otherwise

One of the signs is the use of force and violence. This might happen over an argument or may also be playfully disguised in sexual acts. One common form of recognizing playful use of force is when an abusive man asks his partner to enact sexual fantasies, which involves physical harm like strangulating the woman. Such a man would demand sexual gratification even when his partner is sick or tired. He may also use anger or sulk to manipulate her into compliance.

Signs in your Relationship

In case you still have doubts of whether you are in an abusive relationship, then see if you have similar feelings that are listed below:

Child abuse or witnessing abuse of the mother or a sibling are believed to be some causes of this kind of behavior. But, this reason definitely does not justify an individual putting up with his/her partner’s abuse. For those who are wondering how to deal with such people, there is a truth that they need to understand, and that is, people who abuse are the only ones who can help themselves. It is only through therapy or counseling that they can check their behavior, provided, they volunteer to undergo such counseling in the first place. Even if they do mend their ways through these therapies, there is a strong chance that they would exhibit their aggressive behavior again.

So the question of how to deal with this issue still remains. The best way to save the hurt caused to you and the ones who love you is to be able to read the signs early in a relationship. In case you can help an individual, try to talk to him to go for therapy. If he doesn’t listen, then you have no other option than to just move on!