Practical Ways to Deal With an Abusive Spouse That Actually Work

Domestic violence and emotional abuse in marriage can leave a woman helpless and numb. Read this post to find out how to deal with spousal abuse. 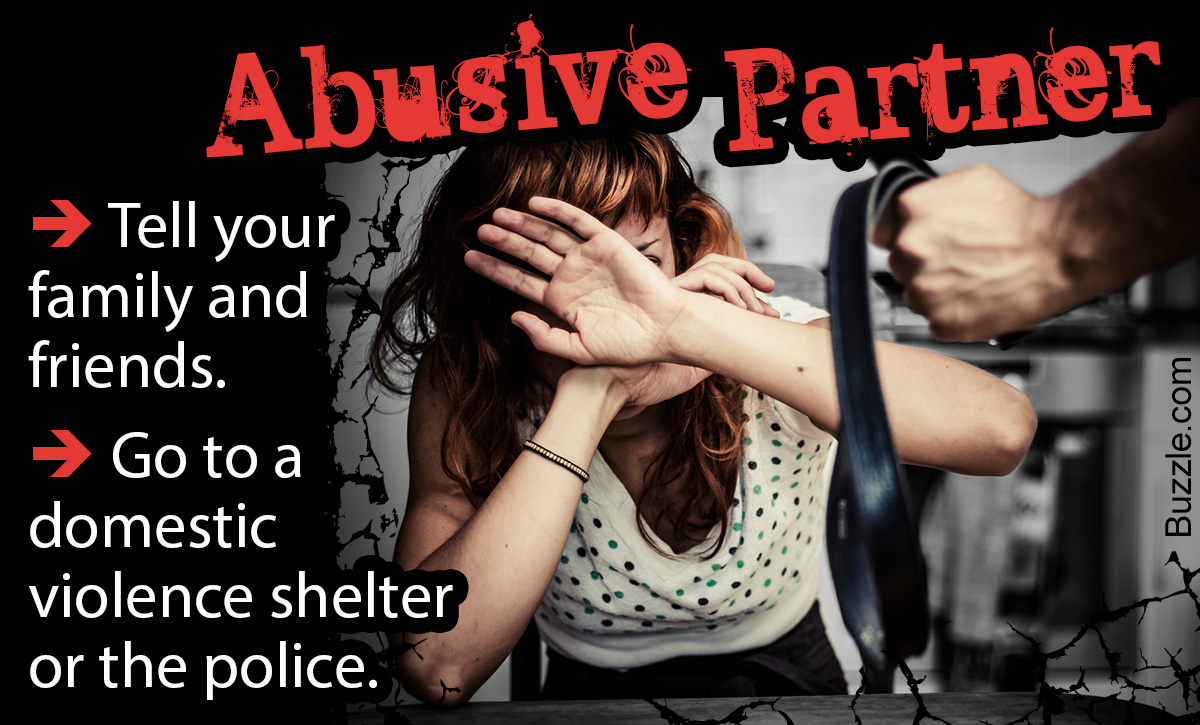 Domestic violence and emotional abuse in marriage can leave a woman helpless and numb. Read this post to find out how to deal with spousal abuse.

Domestic violence is more common than you might think. It includes controlling the spouse through the means of sexual assault, physical harm, verbal attack and any other form of deprecating the spouse. In an intimate relationship, every couple fights sometime or other. However, if the argument results in the loss of temper and subsequently leads to harming the other partner, then it is a type of physical abuse. Husbands who are abusive create an atmosphere of fear, and the constant beatings diminishes the self-esteem of the battered woman. She becomes scared that people will find out about her domestic issues which will incite her partner’s anger even more. She does her best to support her husband in the hopes that he would change eventually. Sometimes, the abusive husband shows signs of remorse but such feelings are usually short-lived. Such a husband is an insecure and egotistical male who believes that his partner “asked for it”.

It includes slapping, biting, shoving, forced alcohol or drug abuse, hitting with an object, raping, molestation, date rape, demeaning sexual activity, etc. On confrontation, he will deny every charge of domestic abuse and accuse his partner of exaggeration or even paint himself as the victim. Such a husband invokes the feelings of fear in his wife and she constantly checks her behavior while in front of him so that she doesn’t provoke his anger. She gets beaten on the smallest of issues and is belittled and made to feel helpless. The abused spouse is not seen as a person by the abuser. His behavior becomes even more inhumane with the passage of time and his behavior is encouraged by the silence of the victim.

Verbal spat in marriage is inevitable but when one partner starts demeaning the other, it results in verbal abuse. A woman trapped in an abusive relationship feels insecure, incapacitated and inferior than her partner, believing she deserved what she got. When a husband resorts to shouting, name calling, threatening, insulting, derogating his partner, then he is said to be a verbally abusive husband. Signs of emotional trauma and verbal abuse signs can be seen by the neighbors but the abuser and the abused woman often try to cover it up.

Apart from verbally abusing the wife, the abuser tries to make her economically dependent on him so as to prevent her from escaping from the marriage. Locking the woman inside the house, depriving her of basic necessities is another way for an abusive domestic partner to exert control. Sometimes, the financial abuse is done so subtly that the victims do not realized what is happening to them. This form of abuse include forcing the victim to quit her job or reducing her hours at work, not giving her money, not allowing her to work, harassing her coworkers and her family so that she gets fired from her job and/or obeys him, using her money without permission, etc. Sometimes, the abusive husband quits his own job and becomes financially dependent on his spouse, forcing her to take care of him.

How to Deal with an Abusive Partner

Whenever an abused woman thinks about leaving her violent and controlling spouse, her first thought is about the children. As they need their father in their life, she becomes passive and continues to suffer in this state. However, living with a violent spouse also endangers the lives of the kids. He blames his spouse for any negative thing or problem in his life. He continues brainwashing the victim through manipulation, constant verbal as well as physical abuse and makes her feel unloved and unworthy of being loved.

A victim of spousal abuse can be anyone irrespective of age, social status, race, country and gender. A child who has witnessed domestic abuse in his family is more likely to suffer from psychological problems. If you are contemplating to walk out of an abusive relationship, then you need to keep these points in mind:

When we talk about the marriage institution, the “till death do us apart” vows and the countless promises come to mind but when the promises, trust and even one’s own self-image is broken down by the person you loved and married, then it’s the time to get a grip on your own life. Life is more sacred than any vows and social commitments. Whoever you are, there is help waiting for you.