Don’t Be Naive! These are the Real Meanings of Breakup Excuses

Let's face it - we'd rather relocate to the South Pole, than face an unceremonious breakup, especially when we know it's going to take the other person by surprise. The mind fumbles, the tongue mumbles, and the result is some logic/decency defying excuses that shames the living daylights out of us. We've listed them for your viewing pleasure...

Home / Uncategorized / Don’t Be Naive! These are the Real Meanings of Breakup Excuses

Let’s face it – we’d rather relocate to the South Pole, than face an unceremonious breakup, especially when we know it’s going to take the other person by surprise. The mind fumbles, the tongue mumbles, and the result is some logic/decency defying excuses that shames the living daylights out of us. We’ve listed them for your viewing pleasure… 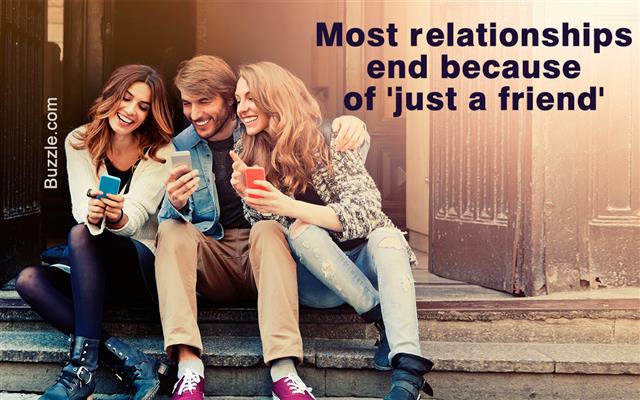 Breakups. What can be said about them? They wrench our hearts. Flush our emotions down the drain. Make us feel microscopic. And of course, deal a seriously mighty blow to the one thing we think is always ours – our confidence.

Breakups can make a secure, beautiful, and confident person feel like a lab rat. Even in the rare case of a breakup being amicable, there are bound to be some residual emotions, especially if one person moves on faster than the other. However, if there is something more vexing than this sordid mess of a breakup, it’s got to be the reason behind it. There are times when the couple mutually feels that they have moved on, or that the attraction between them has died, following which the relationship ceases to exist. Distance is also known to take its toll on the most solid of relationships.

Justified reasons apart, there are some pretty perplexing lines that people come up with when they are too chicken to be frank enough about the real deal. Such people mistakenly assume that they are trying to shield their better half by cushioning the blow, but the lameness of their excuse simply lets their idiocy shine through.

Best Excuses From The Breakup Hall of Shame

Yeah, it’s not you, honey, it’s me. I have clearly moved on from this relationship, but I’m still being nice and sugarcoating this breakup. Just so you know, it’s really not you… It is me. I’ve actually got my eyes on someone far better than you.

We just don’t have anything in common! Can you imagine I used to get angry at my friends who called you my “truck driver” fantasy? Was I that drunk the day we first decided to go out together? I guess I have been drunk throughout the duration of our relationship. But guess what? I’m sober now. And I’m actually seeing you for what you are, you lousy truck driver!

Sigh! You’re too good for me!
Well, of course, you’re not! You are the chalk to my cheese. You are the burger to my caviar. You are the Banana Republic to my Hermès. You are the Coke to my Perrier-Jouët champagne. You are the Chevy Spark to my Lamborghini Veneno. Now, get off my face before my kindness runs out!

I’ve got no time for love right now, as I wish to embark upon the bed-hopping spree of a lifetime, and you’re being a hindrance to that at the moment. With all the hot and available women in the world, you’re expecting me to marry one, and settle down? Sorry, love. Let me continue being a jerk and jerk away to glory.

You are smothering me with your possessiveness, and I’m starting to hate you. This quality of yours seemed endearing at first, but I quite suspect that it’s about to endanger me soon if I don’t react. Having seen glimpses of your possible serial killer tendencies, I want to make this breakup as painless as possible. For me. From now on, keep your overwhelming perfection to yourself.

I need my space. I need it to explore my freshly picked, myriad hobbies like knitting, faux glass painting, pottery, container gardening, scrapbooking, fruit canning… Basically, anything that does not involve YOU. We’re done and over with.

You were a big, humongous mistake. Your dating profile mentioned you look like Johnny Depp. Little did I know that you would be more on the lines of Johnny Depp as Edward Scissorhands. Anyhow, it’s getting tougher for me to turn up on a date without wearing my glasses, trying to blur out your silhouette. This is so not going to work, and is getting ickier by the day. So, let’s just be friends, okay?

I’ve already cheated on you. Several times over. Right under your nose. And you’re still not getting it. Are you really that dumb? In that case, I really wonder if you do deserve someone better than me.

If there is one reason why I feel I’m not cut out for a relationship, it’s got to be YOU. Yes, you. You, who only seems attractive from a distance. You, who has an IQ lower than that of a teacup. You, who cannot hold a conversation with me for more than 40 seconds. You, just get right out of my life.

✿ I’m tired of living off your meager salary.

✿ My pet tarantula doesn’t think of you as my potential life partner.

✿ If only you belonged to a different religion…!

✿ You’re just not the Princess Leia to my Han Solo.

✿ Thank you for making me realize that I’m gay.

✿ I’d really like to focus on my lack of a career right now.

✿ I’m sorry, but size does matter. I was hoping your expanding waistline understood that.

✿ You’ve changed a lot since the first time we met.

✿ You’re just the same since the first time we met.

✿ I really can’t hold my urge to cheat anymore.

✿ Our romance is beginning to feel more and more like a bromance.

✿ My democrat pet goldfish finds your pet cat too republican for us to stay together.

As difficult as a breakup may seem, if it was triggered by any of the above excuses, you’ve got to breathe a sigh of relief. Congratulate yourself on not having to share your precious life with someone so chicken. Just get a dog instead, pal!