How to Ask a Guy Out? Pointers You’ll be Thankful For

This article is dedicated to all those members of the female species who have fumbled or continue fumbling when it comes to asking a guy they like out. We'll tell you how to do it, sure; but more importantly, we'll tell you how NOT to do it.

Home / Uncategorized / How to Ask a Guy Out? Pointers You’ll be Thankful For

This article is dedicated to all those members of the female species who have fumbled or continue fumbling when it comes to asking a guy they like out. We’ll tell you how to do it, sure; but more importantly, we’ll tell you how NOT to do it.

The reasons why guys think it’s great if a girl asks them out range from something as simple as being flattered, to appreciation of the confidence that the girl shows when she does so. Some guys may be relieved that the girl they like asked them out instead of the other way round. Another might not ask the girl he likes out because he fears rejection, or because he’s so confident that the girl likes him back that she won’t be able to notask him out.

See what we did there? We just gave you so many reasons why, no matter what a gazillion other people say, it’s perfectly OK to ask a guy out. As regards the ‘how’ part of asking the guy out, we have some nifty advice for you.

Every guy is different and hence may react differently to a situation. You have to be the best judge of what might work and what might not.

Man Up! Ditch that Cellphone! 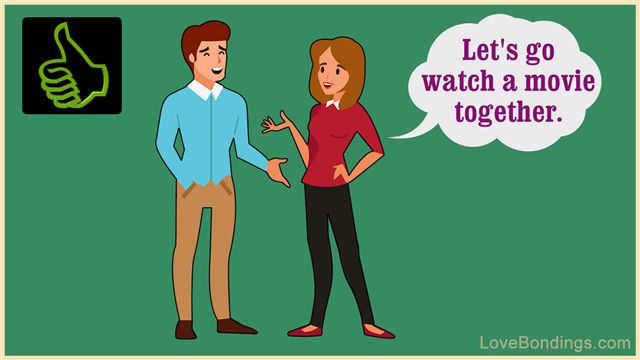 Yeah! Yeah! We all know how indispensable cell phones have become in today’s world. But don’t you think we take it to whole new levels in an attempt to avoid confrontation of any sort? Come on, this is the guy you’ve been crushing on since forever. Don’t you think he deserves the common (or maybe not-so-common-anymore courtesy) of being asked out in person. It’s understandable that you’re afraid that he might, I dunno, spontaneously combust when you ask him out; but you ought to work up the nerve, show some chutzpah, ditch that cellphone/tablet/computer/whatever other piece of technology you use to get in touch with him, and just ask him upfront if he’d like to go out with you.

It is said that women are the more passive of the two genders. It is said that they use subtle signs to get their men to understand what they want. It is also said that men have the subtlety quotient of Lady Gaga and they will, most probably, never ever figure out that you were trying to ask them out when you did. So, drop the act. They just don’t get it. Something like a ‘There’s this great movie that’s just out. I simply MUST watch it!’ is more likely to get a response like, ‘Oh yeah. I heard about that one.’ But something like, ‘So, I’m thinking you and I can go watch (insert name of aforementioned great movie) this Friday. What say?’ may reward you with a ‘Yeah! That’s a great idea. What time should we meet?’

Don’t Just Ask Him Out, Plan the Date

You know what a major problem is? Women feel like it’s next to impossible that this guy they adore is actually going to say yes if they ask him out. And hence, it becomes easy to not do anything about the actual ‘going out’ that will ensue if he says yes. So, buck up and be positive. Don’t just go ahead and ask him out without a plan. Imagine if he says yes, and asks you what you have in mind, and you have zilch. Not a great way to start off, is it? Be ready with a concrete plan when you do ask him out. Don’t leave it to your imagination, or worse, for him to plan out the date. You never know what that might make him think.

Look Better than You Already Do

Girls, we’re all as pretty as pretty can be. But when it comes to D-day, when you’ve decided to finally ask this sweet guy out, make that extra bit of effort to look nice. We’re not saying dress up like you’re walking the ramp at the Spring-Summer Fashion Week, but you could really do wonders to your morale when you know that you look like a million bucks. So, dress smart, smell good, maintain a good posture, and smile. Wear an outfit that you know accentuates your body the best. If you wear makeup, wear what you know makes you look gorgeous. If this guy has complimented you in the past about something that you’ve worn, wearing that particular outfit will be an added bonus and may just seal the deal!

We know you think this guy may be THE ONE, but it still doesn’t call for over-the-top measures to ask him out. Note this: flamboyant methods like skywriting and sending enormous bouquets to ask someone out works only in reel life. In real life, it can come across as creepy, stalkerish, psychotic, and/or all of the above. Even giving him a small gift like say his favorite chocolate while asking him out is not acceptable. It may a) seem like you’re bribing him to go out with you (hey it could happen!) or b) compel him to go out with you out of guilt (you did give him his favorite chocolate so he’s gotta be nice to you), and that’s something you definitely do NOT want; a pity date. So, keep it simple, clear and straightforward. Just ask him to ‘go out with you for dinner to that cute little place that’s opened recently’ in those many words. Doesn’t need fancification of any kind.

Be Confident & Hope for the Best

One of the most important reasons why guys like girls asking them out is that it shows that the girl has grit. Self-confidence in a woman is one of the most attractive qualities to men. So, don’t fret over the whole thing. Exude the confidence of a swan in a pond, of a ballerina in concert, of Luna Lovegood wherever she goes, of…well you get the idea. What’s the worst that could happen? He could say no. Believe it or not, it won’t be the end of the world. You will survive. The sun will still shine and the rain will still fall. So when you do ask him out, do it confidently and without looking desperate for a yes (even though you may be so in your head, he doesn’t need to see it). Once he sees how perfectly awesome you are, he won’t be able to say no anyway!

Having said all of this, here’s something that you probably already know. Nevertheless, the pointers given above are definitely worth a shot. Good luck!