These Facts About the Chemistry of Love Will Surely Amaze You

Love, like all phenomena in the universe, can be broken down and explained in the form of chemical reactions. Do not believe me? Take a look at it yourself! 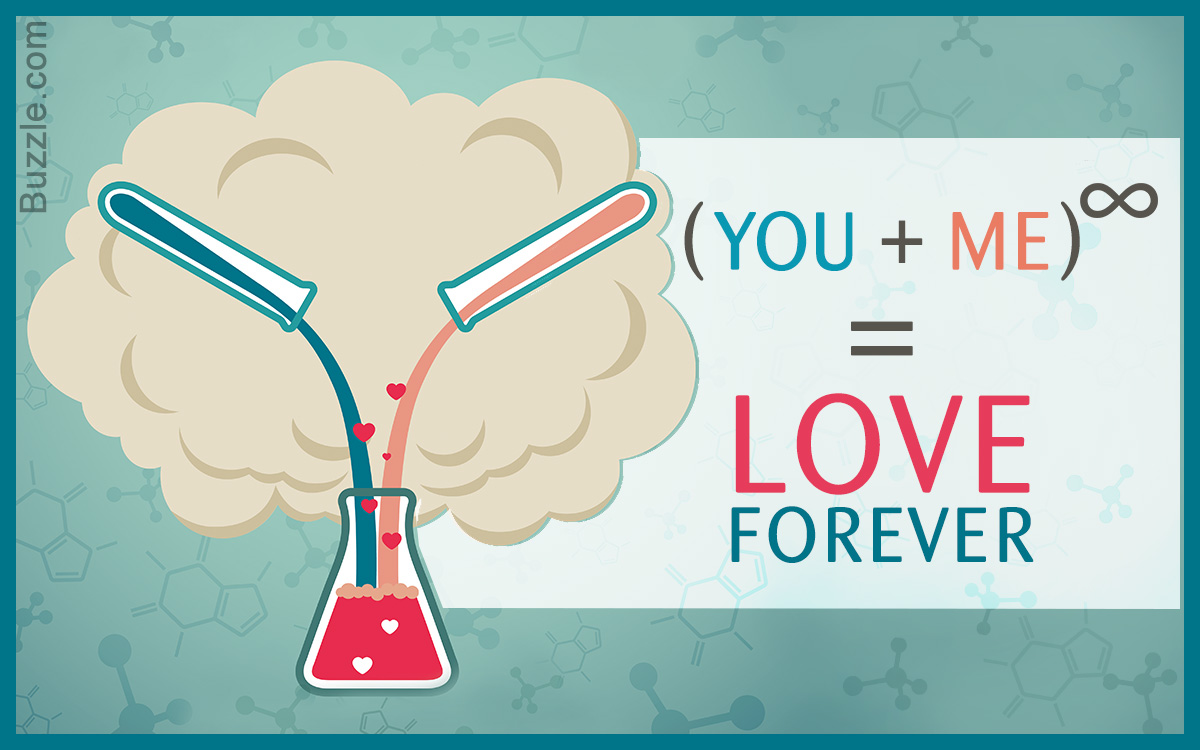 Love, like all phenomena in the universe, can be broken down and explained in the form of chemical reactions. Do not believe me? Take a look at it yourself!

Love is a beautiful feeling to be in. It cannot be explained or described, but can only be felt. The common symptoms of love include sweaty palms, faster heartbeat, shaky knees, loss of concentration, and dreaminess. But how can love be complete without some scientific statement?

As a scientist cynically pointed out, cupid’s arrows would never have been effective if they had not been first dipped in one unromantic chemical — phenylethylamine. Nor would the world have given us dramas, like Romeo and Juliet, if oxytocin did not have its way. These and various other chemicals together make up the “syndrome of love.”

Love can be easily categorized into two phases — the initial phase of attraction and the later stage where attachment develops. Let us understand the chemistry behind each phase.

The Stage of Attraction

Phenylethylamine – (C8H11N)
It is an organic compound that plays the role of a neurotransmitter in the central nervous system of humans and other mammals. This endogenous chemical is naturally present in the brain and helps focus, reduce stress, and regulate mood. It has the ability to release noradrenaline, a stimulant hormone, that gives a boost to your heart rate, blood pressure, and blood flow. Low levels of this compound have been connected with attention deficit hyperactivity disorder (ADHD), along with certain types of depression. Abnormally high levels of this chemical have been observed in schizophrenic patients. The giddiness and feeling of high that one experiences during intimate moments is due to the increased concentration of this compound in the brain. It is also present in high levels in chocolate. Therefore, many a time, chocolate is referred to as a comfort food. Phenylethylamine present in it gives the feeling of happiness and increases confidence levels.

Epinephrine – (C9H13NO3)
It is a hormone produced majorly by the adrenal gland in the human body. Also known as adrenaline, it is also produced by some parts of the central nervous system and chromaffin cells. When you catch sight of your beloved and your heart starts racing, that’s because of the adrenaline rush produced by your body. When you are attracted to someone, the initial body response is stress. This stress releases the adrenaline leading to sweaty hands, raced heartbeat, and dry mouth. It also slows down your digestive system and you feel hungry. It is the hormone responsible for the “fight-or-flight” response of the human nervous system to situations of stress.

Dopamine – (C8H11NO2)
It is the hormone responsible for the “high” one feels when one is in love. Yes, this is the “drug hormone” of love. Dopamine, like endorphin, is addictive in nature and is our body’s personal reward system. A neurotransmitter by nature, dopamine is produce in various parts of the brain by the hypothalamus. It is also released during the consumption of addictive substances, such as nicotine, alcohol, and drugs. Due to its addictive properties, when dopamine is released during intimacy with a partner, one becomes addicted to it. This hormone release is responsible for the feeling of clinging and jealousy that we experience in love. Scientists believe that dopamine is associated with the feeling of want and anticipation.

Serotonin – (C10H12N2O)
It is a neurotransmitter responsible for giving or imparting in you the feeling of love. Majorly produced by the gastrointestinal tract, it is a biochemical byproduct of tryptophan. Also found in the central nervous system and blood platelets, maximum of it is found in the alimentary canal, known as the “gut” in layman’s language. It is the hormone responsible for loss of appetite during love. It is also responsible for the feeling of butterflies in your stomach. Serotonin levels help you understand intimacy and romance. Higher serotonin levels lead to faster healing of wounds as well. That is why it is beneficial to be with our loved ones during injuries and pain.

Pheromones
They are chemicals that are excreted by the body and are known to induce various reactions in other beings, who are at the receiving end. There are various kinds of pheromones, but sex pheromones are the ones important in this context. They are dubbed as the silent signals that mammals send out to each other with the help of smell and other olfactory means. These signals are believed to be signs for them to find and identify an appropriate sexual partner. They are known to change the behavior of the opposite sex and sometimes even trigger sexual excitement in them. Although there is no evidence of them being present in humans, various studies have proved that smell plays a vital role in human mating and selection of a partner.

The Stage of Attachment

Oxytocin – (C43H66N12O12S2)
It is another neurotransmitter found in the brain of all mammalian creatures. It is a hormone from the peptide family. It is produced by the hypothalamus and stored in the pituitary gland. The name oxytocin comes from a Greek word that means “easy birth.” It was named so due to its function in giving birth and uterine contraction. Various studies have been undertaken to examine the role of oxytocin in several human activities, including social recognition, pair bonding, orgasm, anxiousness, and motherly instincts. Hugging is believed to release oxytocin. A study shows that oxytocin is released in women when they have an orgasm. However, for men, oxytocin is released when they achieve an orgasm with a woman they love. Also dubbed as the “trust hormone”, oxytocin is known for having the capacity to promote monogamy.

Vasopressin – (C46H65N13O12S2)
This is also a hormone from the peptide family. It helps in turning a male into a better nurturer of the offspring, making for caring fathers. It also has numbing and consoling effects on the body. In mammals, it is known to make them venture out more and become exploratory. Both the peptide hormones, vasopressin and oxytocin, play an important function in brain maturation. Vasopressin is at its peak during intimate arousal. It plays a role in determining the preference that a male gives to certain women. In some, it also promotes the selection of a particular feminine companion. Vasopressin has been found in prairie voles — mammals that are known to pair for life. When scientists blocked the receptors for vasopressin in these mammals, it led to an outbreak of adultery. This goes to prove the importance of vasopressin in lifelong bonding.

These, too, are peptides that work as neurotransmitters. Produced by the pituitary gland, the vertebrae and the hypothalamus, it is released during intimacy, orgasm, excitement, pain, exercise, consumption of spicy food, etc. It is referred to as more of a bodily activity than a chemical compound. Endorphin is also known as endogenous morphine; endogenous because it is produced within the body, by the body itself. It has opioid-like effects, which are the world’s oldest drugs. Release of endorphins is nothing more than the body’s way to reward itself. They are addictive in nature. After the initial rush of love, endorphins help the body settle into a comfortable and constant relationship. Where phenylethylamine helps fall in love, endorphins help stay in love.

So much for the magic of love and the realms written on it! But there is a bigger question here. What triggers the release of these hormones? Well, apart from chemistry, basic human instinct also plays a major role, and it is this feeling within us that triggers these chemicals. Not only humans, but all mammals are also blessed with an inner conscience that works above these hormones. The feelings may be triggered due to the release of a few hormones, but the hormones at the end of the day are released due to the feeling within, which is higher than these mere chemicals.