Just like how women are good at listing obnoxious things about men, men are also ready with their list of peeves. Given below is a list of 10 things that make a woman unattractive to a man.

Just like how women are good at listing obnoxious things about men, men are also ready with their list of peeves. Given below is a list of 10 things that make a woman unattractive to a man. 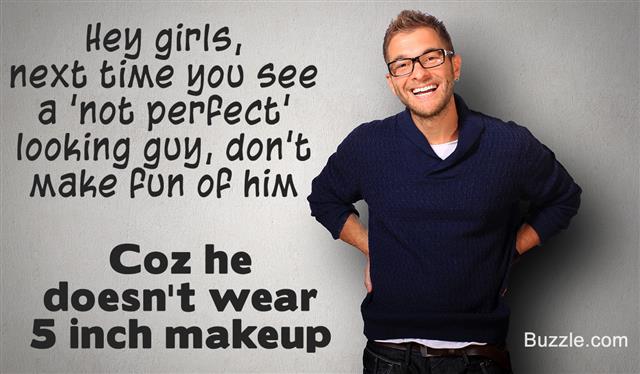 “Women only nag when they feel unappreciated.”
― Louis de Bernières

Women are naturally good at noticing everything that is wrong with a woman, be her clothes, her choice of footwear, or makeup. They are good at observing her attitude too, but are guys the same? Let’s take a look at an example.

Jack went to a bar with his friends. He was having a good time. He noticed a woman in her mid-twenties sitting by the bar, quietly sipping on her drink. She was beautiful and looked sensible, he went up to her and started a casual conversation. They had two-three rounds of drink and the girl started to feel tipsy and began with her emotional drama. Jack was pretty annoyed with her behavior and decided to leave.

Men don’t like it when women create a scene on getting drunk. Obviously.
What are such other things that men dislike about women? Let’s take a look.

What Do Guys Find Unattractive In a Girl

Yes, we all hate people who smell horrible and have a bad body odor, but spraying a lot of perfume is almost the same. Men hate it when a woman smells of nothing but expensive perfume.

While it is sweet to depend on your man for some things, needing him for every small thing is a major turn-off. Men admire a woman who has her own things to do and is capable enough of handling things on her own. Depending on them for every little emotional need of yours is something they detest.

There is a huge difference between having a good time and getting sloshed in your own party and creating a scene. Trust me men dislike women who, after getting drunk create a scene and embarrass themselves and their guy.

We don’t like to talk to people who have a negative mindset. Guys just hate it when you are negative about everything in your life. Being pessimistic also means that you are ungrateful about the things you have.

A beautiful, complicated hairstyle is perfect for any important occasion, but imagine a woman walking in the room with tons of bobby pins in her hair. Natural, smooth hair is preferred over hair full of styling gels and hairspray.

Men prefer women Au Natural that means they don’t want their girls to slather their face with foundation. It’s OK if you don’t hide all your blemishes, acne, and dark circles. They don’t want a clown covered with bright and glittery makeup.

Constantly begging a guy to spend each and every second of his life with you is downright annoying. Being overly clingy is one of the things men find unattractive about women. Also, if a woman constantly feels insecure about herself and invades his space, the guy is surely gonna leave her. Occasionally surprising him by turning up at his door is good, but don’t invade his privacy as well as his me-time.

No guy can ever put up with a girl who creates drama out of stupid fights. Crying over something serious is acceptable, but yelling at waiters who didn’t get your drink right is just unacceptable. Fighting in public with a guy would definitely earn you brownie points from the onlookers, but not from your guy.

It’s not a romantic movie that your relationship would be picture-perfect, of course you can expect certain things from him. But don’t expect the guy to make every moment a magical one. Women love it when guys shower their girls with gifts, but they do it occasionally.

If you are confident you don’t need to seek attention from anybody. Men hate it when a woman tries to be the center of attention by wearing maybe a very short dress, swearing, or talking more loudly than required. Attention-seeking even makes a pretty girl look ugly. So ladies, save yourself the effort of gaining attention, you will get it from the right person.

We all assume that men fail to notice a minor detail, but we are mistaken. They notice each and everything about a woman; be her clothes or her personality. The aforementioned list is not intended to offend women. Although this list only talks about the unattractive things, there are many things men find attractive in women. And remember, acting like you are not, just to make yourself “attractive”, is not going to help your relationship in the long run. Your man should like you the way you are.