Signs and Symptoms of Verbal Abuse – Do Not Tolerate Them EVER

A bit of criticism and a snide remark here and there are often overlooked. However, if these are being directed at you regularly, you are probably a victim of verbal abuse. What constitutes verbal abuse and what are its signs? Here, we elaborate on this very serious, yet often overlooked issue.

A bit of criticism and a snide remark here and there are often overlooked. However, if these are being directed at you regularly, you are probably a victim of verbal abuse. What constitutes verbal abuse and what are its signs? Here, we elaborate on this very serious, yet often overlooked issue.

The Most Unnoticed Form of Abuse

Because verbal abuse does not leave visible scars or bruises, it is very difficult to identify unless the abused opens up about it. Until it is identified, verbal abuse can cause massive psychological damage.

Contrary to popular belief, verbal abuse is not just name-calling or swearing; nor is it merely restricted to relationships between man and woman. Children, teenagers or employees of an organization may be verbally abused. Masked as humor, sometimes a calm, straightforward remark or a ‘lovable’ “you wouldn’t know, sweetie!” can all constitute verbal abuse.

What is Verbal Abuse?

Verbal abuse constitutes psychological violence. Verbal abuse is damaging to the spirit. It takes the joy and vitality out of life.
– Dr. Jay Grady, Ph.D. , You are a Door Prize, Not a Doormat, (Houston, Therepia Publishing 2003), 23-24

Why Does Verbal Abuse Occur?

Perpetrators of verbal abuse are characterized by their need for control in every situation.

This behavior becomes a pattern, where the abused finds her/himself tiptoeing around the abuser’s feelings so as to avoid saying something that will frustrate or anger the abuser. It is important to point out that men are as much victims of verbal abuse as are women.

The effects of verbal abuse are tremendous. Continuous subtle or overt belittling, intimidating, and blaming can erode the victim’s self-esteem and inculcate a sense of worthlessness and insignificance without the realization that her/his personality is undergoing this change.

Often unnoticed  how people in authority are ‘expected to behave’, it can take a while to recognize the established pattern that defines verbal abuse. Here are the most definite signs of verbal abuse that you may have noticed if you are a victim.

The Effect on the Abused

As mentioned earlier, verbal abuse does not show up in physical being, but it leaves behind emotional scars more often recognized at a point where the damage is extensive and to a certain extent, irreparable. What is the impact of verbal abuse on a victim of this issue?

The most prominent effect of verbal abuse is the distortion of reality and the acceptance of the situation as it is. More often than not, it results in denial, and leaves the victim feeling manipulated, confused, and upset without any obvious reason but the ever-changing behavior of the abuser. 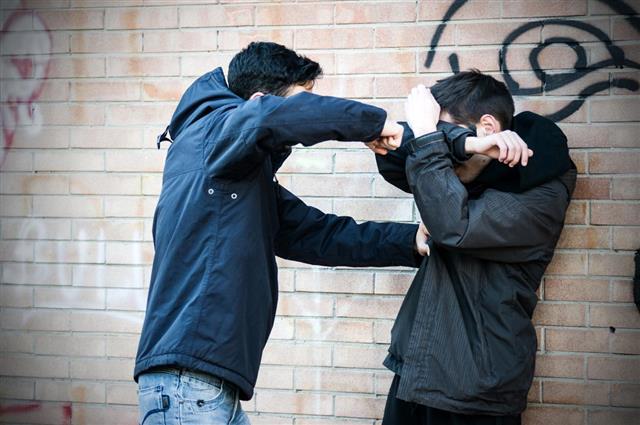 In some cases, verbal abuse may escalate to physical abuse. While there are laws to deal with the latter, the former requires a strict definition of what constitutes it, and what methods may be used to deal with it. If the signs are recognized sooner than later, a long period of trauma can be avoided.

Whether you are the victim or know someone who is, it is essential that the necessary help and support be provided. Always maintain contact with friends and family-do not withdraw into a shell. This is essential so that you have a support system that will encourage you to pay attention to the problem and help you deal with it.

If possible, seek counseling, and don’t give in. As a last resort, it may be essential that you end this relationship. While it may not be easy, it may be the only way to reward yourself a life free of trauma and guilt for events you were rarely responsible for.