Be Aware of the Dating Games Men Play and React Accordingly

Dating games are just a tip of the iceberg called "mind games". However, for every woman worth her salt out there, it is absolutely essential to be aware of these mind games and respond accordingly.

Dating games are just a tip of the iceberg called "mind games". However, for every woman worth her salt out there, it is absolutely essential to be aware of these mind games and respond accordingly.

“Tiffany and Troy were absolute strangers to each other until one night when they met each other at a friend’s party. They caught each other’s attention from across the room and started making conversation. Before the end of the night, they had exchanged numbers and gotten well acquainted with each other. For some reason, Tiffany expected Troy to give her a call the next day. The reason why she expected that, was that he had told her that. But, as many of the perceptive ones may predict, he didn’t call her till 3 days later. This made her go through a phase of feeling insecure and hence, super glad that he called. He said he was busy… or was he?”

Mind games and relationships go hand in hand. It has been believed that women rule the world of manipulation and relationship mind games. While women may be the queens, men are not far behind. Mind games are played by men as well. In fact, because of the fact that it is least expected from them to play games, they have the upper hand. Well, boys! The game is over now. I have worked over the past few years to decipher this weird code of conduct that constitute the dating games that men play and for all my girls out there, and here are the results!!

Men have a 3-day rule. In the case that I have described above, this is the game that all Troys play. In this mind game, they charm the woman when they meet them. They exchange numbers, sometimes even share a very passionate good night kiss. Being women, we expect that they like us, assuming that we have the upper hand. However, the men don’t call up for a date till 3 days after. This puts the woman through a feeling of insecurity in the start.

Questions like “why didn’t he call me?” or “did I do something wrong?” come into the woman’s mind. As such, after 3 days, she has pretty much given up hope of the guy ever calling. BAM! This is when the man calls up for a second date, explaining that he has been super busy. The woman feels relieved (which is not really what she needs to feel), and the man has the upper hand in the relationship. Even though many women are already aware of this one, it has a tendency to work!

Men are assumed to be commitment-phobes. This is one fact that I have known many men taking advantage of. Whatever the reason may be, “I just got out of a very serious relationship”, “my ex-wife/girlfriend left me for another man” or “my parents had a terrible divorce, and that has me scarred for life”, don’t fall for his sweet talk. Yes, there are chances that either of these could have happened to him, nonetheless, there are very slim chances that it has that much of an impact on him.

The bottom line is that most men use these excuses to keep their relationships with all the benefits and no-strings-attached. Now, in case this is a case scenario that you would be interested in, then go ahead. If not, don’t expect to be able to change him. Best is to be his friend till he is “ready” to get over his issues and get into a relationship with you.

Some men believe that they are the “alpha males” and as such they are doing YOU a favor by spending time with you. Girls! Don’t you fall for that! Many men believe that they are a gift to planet earth. More so, they are very good at convincing you the same. Beware, such a relationship will be borderline abusive, and not that emotionally satisfying. However, if what you are looking for is a one night stand, then these men can really show you places you have never seen before. Time to turn the tables and take advantage of them!

Men play many games in relationships. This is not really their fault, you know. Women are the ones who taught men how to play the dating game in the first place. So, feel good about it. Why do these dating games people play have to be a bad thing anyway. The rules are known and the turf is set. Wouldn’t it just be fun to play the game, and enjoy the reward? 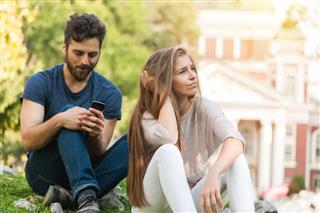 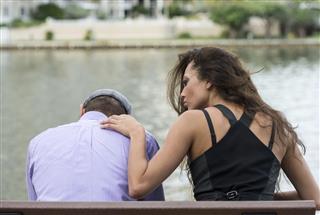 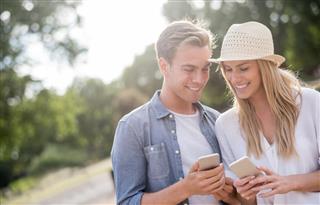