How to Give Your Boyfriend Space for a Healthy Relationship

As much as he likes spending time with you, he also needs time alone to do his things. This in no manner means that he is bored with the relationship, or you have taken a backseat. It is good to be an important factor of his life, but it isn't wise to try to be the only factor. LoveBondings teaches you the importance of giving space to your boyfriend in a healthy relationship. 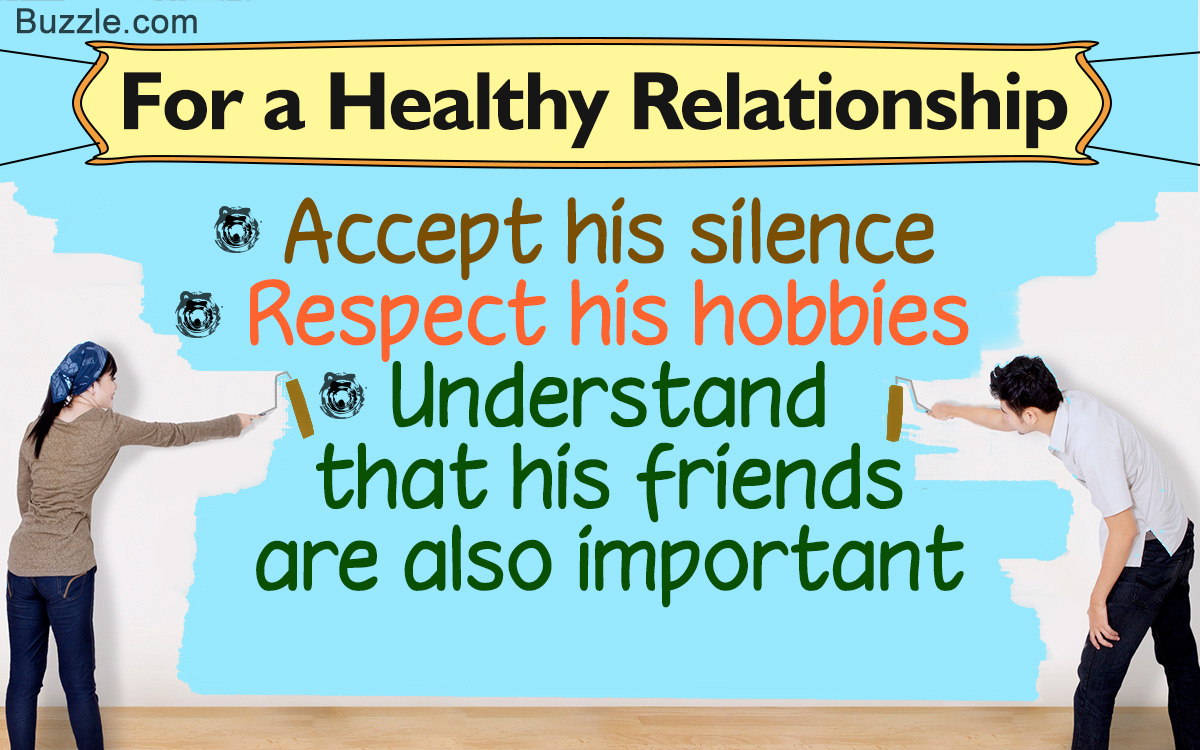 As much as he likes spending time with you, he also needs time alone to do his things. This in no manner means that he is bored with the relationship, or you have taken a backseat. It is good to be an important factor of his life, but it isn’t wise to try to be the only factor. LoveBondings teaches you the importance of giving space to your boyfriend in a healthy relationship.

There are days when you need someone who just wants to be your sunshine and not the air you breathe.
Robert Brault

It has really become a common joke about the man in a relationship needing ‘more space’, but it surely is no joke when it actually happens. It is perfectly natural to want to spend every waking minute of your day with him, but there are times when giving him space is probably the best thing you can do.

Many women also believe that the ‘space reason’ is another way to escape commitment issues. While this may be right in many instances, sometimes giving your boyfriend space is the best thing that you can do for him. It is also important to realize this early, so that you don’t have to wait for him to say those three dreaded words – ‘I Need Space’.

If you find him acting weird sometimes, and he tries to stay alone or prefers doing his own thing rather than spending time with you, it is probably a sign that, now more than ever, you do need to give him space for his and your own happiness. Here are some suggestions to do it right.

Back to the Start

Go back to doing things you used to do before he came into your life. There must be a hobby that you used to love before it took a backseat; start doing that again. Start meeting up with your pals more often, or if you don’t have many, make some new ones. Become more involved in your career, and start becoming serious about that promotion. Find a motive or purpose in life that will occupy a decent amount of your day. By investing time in yourself, you give him time to do the things he likes, and he would definitely start appreciating your presence in his life, and start missing you more and more eventually.

Friends Outside the Relationship are Essential

You two might be the best of friends, but this doesn’t mean that he prefers sharing every little detail of his day with you. There are certain things that he doesn’t share, because those things just don’t concern you. There’s no need to feel offended by this. As you have your ‘Girl Talks’ that can only be shared with the fairer sex, ‘Guy Talks’ do exist and can only be shared with guys. Encourage him to be with his friends, most guys have a designated day or activity through which they enjoy their time with their friends.

Don’t be the over-possessive girlfriend, and give him space to do his own thing. Also don’t make him spend more time with you, doing things that he actually hates, by just making him feel guilty. Try to be a cool girlfriend, and more importantly a friend. For once, empathize with his situation. In time, he’ll surely return the favor, and be more than happy to allow you to spend more time with your gal pals.

His Hobbies Matter to Him

No matter how vain and neurotic his model building, his carpentry, his collection of baseball cards, his Sunday football, or his obsession with the latest smartphones and gadgets may seem to you, they are extremely important to him. They are his hobbies and they do matter. Allow him to indulge in his passion by not passing judgment or remarks on his preferences. Many men believe that reading Cosmo and shopping for clothes, bags, and shoes is a waste of time, but you do it anyway.

Neither you nor your boyfriend will ever understand these quirks, but showing that it is alright to have them is important for a long-lasting relationship. Remember, not all hobbies need to be productive, sometimes they just need to make you feel happy.

There are times when you find him awfully quiet and lost. You really want to know and help, but he prefers being that way, and gets angry if asked too much. Let him be, sometimes men don’t like talking about things that bother them. They prefer being alone and dealing with issues their way. There are just two ways to go about it – he will talk or he won’t. If he does then great, but if he doesn’t then don’t force him to. It is best for both of you to respect his privacy, he will eventually get comfortable and share things with you, but till then be patient.

It is a proven fact that spending time together is extremely essential for the survival of a relationship, but it is also true that spending too much time together leads to its untimely demise. Although you would want to spend every waking minute with him, he really doesn’t feel the same way. You surely are an important part of his life, but his life does constitute of various other things. Manipulating him into spending more time with you can give rise to harsh feelings and make him feel confined.

We all deserve a little time to ourselves and hate running on a timetable. Give him some time alone to miss and appreciate your presence in his life.

Since you’re both adults here, there is no need to put a curfew on your boyfriend’s outings. Also constant calling or messaging to check up on him puts you across as a desperate, needy, and over-controlling girlfriend. Explain to him that you have no issues with his outings, and only expect to know where he is going, with whom he is going, and what time will he be back. You aren’t keeping tabs on his outings, it is just for you to feel secure and relaxed. Also don’t go bonkers if he sometimes comes an hour or so late. He might have a genuine reason that explains his late arrival, so hear him out before doing anything.

Relax and try to be the woman and friend he fell in love with. In addition to loving him, don’t forget to love yourself, and figure out a way to do things together and apart. This will help surely cement the bond of your relationship, and help it last a lifetime.