Is Arguing Healthy for Relationships? Yes It Is! We Tell You Why

In a relationship what is the one thing that, makes women mad and men walk out in frustration? It is the whole act of arguing and that moment when falling in love looks like the biggest mistake ever. Is arguing the road towards the end? Or does it make a relationship stronger?

Home / Uncategorized / Is Arguing Healthy for Relationships? Yes It Is! We Tell You Why

In a relationship what is the one thing that, makes women mad and men walk out in frustration? It is the whole act of arguing and that moment when falling in love looks like the biggest mistake ever. Is arguing the road towards the end? Or does it make a relationship stronger? 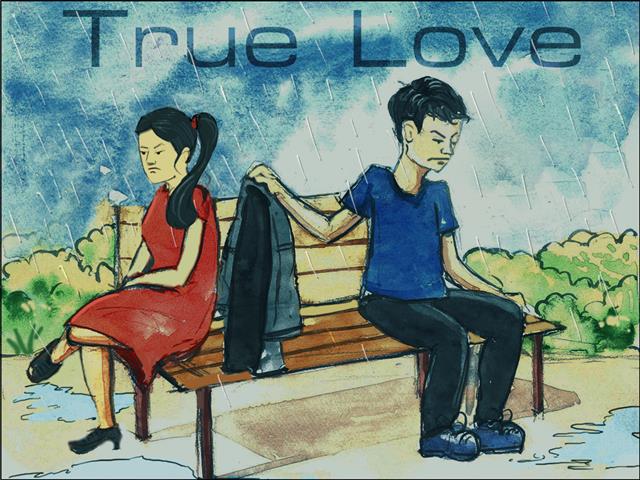 The initial days of any relationship are drenched with love and cozy, but with time, the ‘at-my-best-behavior’ slowly vanishes and there you have, the real you and your partner. Accepting the flaws and differences of your partner is a slow process. During this acceptance, there are disagreements in views that we more commonly known as arguments. This word by itself has a very negative image. It is often looked upon as a threat to the stability of a relationship. If a couple argues, something is definitely wrong. Is it so, really? Well, NOT really. It is speculated that, arguing is actually healthy for relationships. While some of you are amazed or are rubbishing this fact, allow us to tell you why arguing is healthy for couples.

Relationship and Arguments – A Healthy Match?

It may be known to all that affection comes at a cost, which is adjusting with your partner. People often mistake arguments to be the negative part of their relationship. They fail to realize the main reason of conflict. Every individual has a different upbringing and mindset. So no two people can have the same thinking, likes, and interests. The difference in thinking, and not the topic or reason, causes arguments. So, arguments are a part of any relationship and it is perfectly normal to disagree at some point in time. No matter how madly in love you are, no two people can agree or have similar view about all things at all times.

“I am sick and tired of you screaming on top of your voice, just to prove yourself right!” He shrugged with rising anger.
“Why wouldn’t you listen to me then? Why can’t we ever have a normal healthy discussion?” She fumed as he turned his back to leave.

What next? Would it be, “I don’t think it’s working anymore” or “Let’s kiss and makeup”?

Arguments are required once in a while in a relationship. Why? Well, it is not only the similarities in a couple that keeps them together, but the differences that spark magic and keep affection alive. If you agree on all the things at all the times, the relationship would definitely get boring, wouldn’t it? There would be no room for newness and excitement.

Arguments are helpful in letting off some steam and resolving misunderstandings or issues before they get severe and cause hurt. You save a huge amount of resentment and boiling anger that could lead to a fight ahead. So, basically when a couple discusses an issue, it helps them ease out any tension that may build up and lead to pressure.

When a couple disagrees over a certain thing or habit, the verbal disagreement is only a proof that both individuals are comfortable enough to display their thoughts and differences without any fear. When you let a person voice his/her opinion, you respect the individuality of that person. This is a very important value in any relationship. Without respect, there can be no love.

Having a healthy (not heated) exchange of differences, opens the lines and dissolves any limitations for communication for the couple. They can express their individuality without the fear of judgment. Couples also get a clearer picture of each other’s priorities when they express their true opinions. With this in mind, it is easier for them to adjust and come to a mutual resolution to any relationship issues in the future.

Positive arguments help the couple come to a rational solution and compromise, which evokes trust and feelings of security. Voicing your concerns or things that hurt you, is always better than keeping them suppressed, which may eventually boil down to anger and resentment.

Overall, arguments in a relationship narrow the chances of bigger fights and ugly confrontations. When couples learn to accept and absorb the disagreements and flaws of one another, there is room for more understanding and love.

When he/she brings up an issue more than once, it means he/she wants to be heard. Healthy arguments involve a fair listening of each other and trying to come to a mutual resolution. Listening with respect only means that you are acknowledging your partner’s point of views and feelings.

While we have seen that arguing is healthy and beneficial for a relationship. There are a few considerations we wish to discuss here. Firstly, an argument is not one bit of a routine task. Arguing is healthy, but it does not mean you should start picking up a fight every now and then. First, it is important to understand the varying degrees of arguments. Arguing to win or lose is a guaranteed call for disaster in the long run, hence they should always be constructive. Remember, the problem lies not in arguing as a task, but in the different ways that couples choose to argue. It is ‘how’ you argue that differentiates healthy arguing from toxic arguments and fights. It is the way of handling an argument or the choice of words in an argument that make the difference.

Arguments actually become toxic when verbal abuses, calling each other names and hurting one another intentionally starts taking place. Bad and recurrent arguments and fights are usually the sign of fading love and risk. So what should you do to argue in good faith? Here are a few tips…

Tips for a Healthy Argument

➟ When you argue, do not attack the other person. Do not think of war when arguing. There is a difference between arguing for good and arguing to win. The conclusion should be a win-win situation for both of you.

➟ Try to talk softly or on a normal note. Screaming or talking loudly is inversely proportional to the possibility of being heard by your partner. Let the argument be an exchange of views and not abuses or bad words. If such a situation arises, set your ego aside and apologize.

➟ Arguments should be done to express your views, not to hurt or take revenge on your partner. It is found that most women love to talk out any issue, while men insist on avoiding confrontations. In these cases, look for a decent time to talk. Don’t insist on talking ‘right here, right now’, if your partner is not comfortable discussing it.

➟ Stay on the topic that you are arguing about. Most (women) tend to dig out graves given any chance of arguing. Nothing is more irritating than using a long-forgotten memory as a weapon for argument.

➟ Although in the heat of the moment, words are spoken that hurt, which perhaps were not intended for. Avoid such situations, take a break for a while if you feel the argument is getting heated and ugly.

Arguing, if done in the right spirit, is definitely healthy for love and relationships. Embracing each other’s differences is just a matured way of handling a relationship. At the end of the day, no argument is bigger than your relationship. All that matters is how you deal with it.