Fascinating Kissing Traditions Around the World You Must Know Of

A single kiss can have a million interpretations! It is fascinating to see how different cultures around the world have different ways of expressing affection. This LoveBondings article gives you information on the famous kissing traditions around the world. 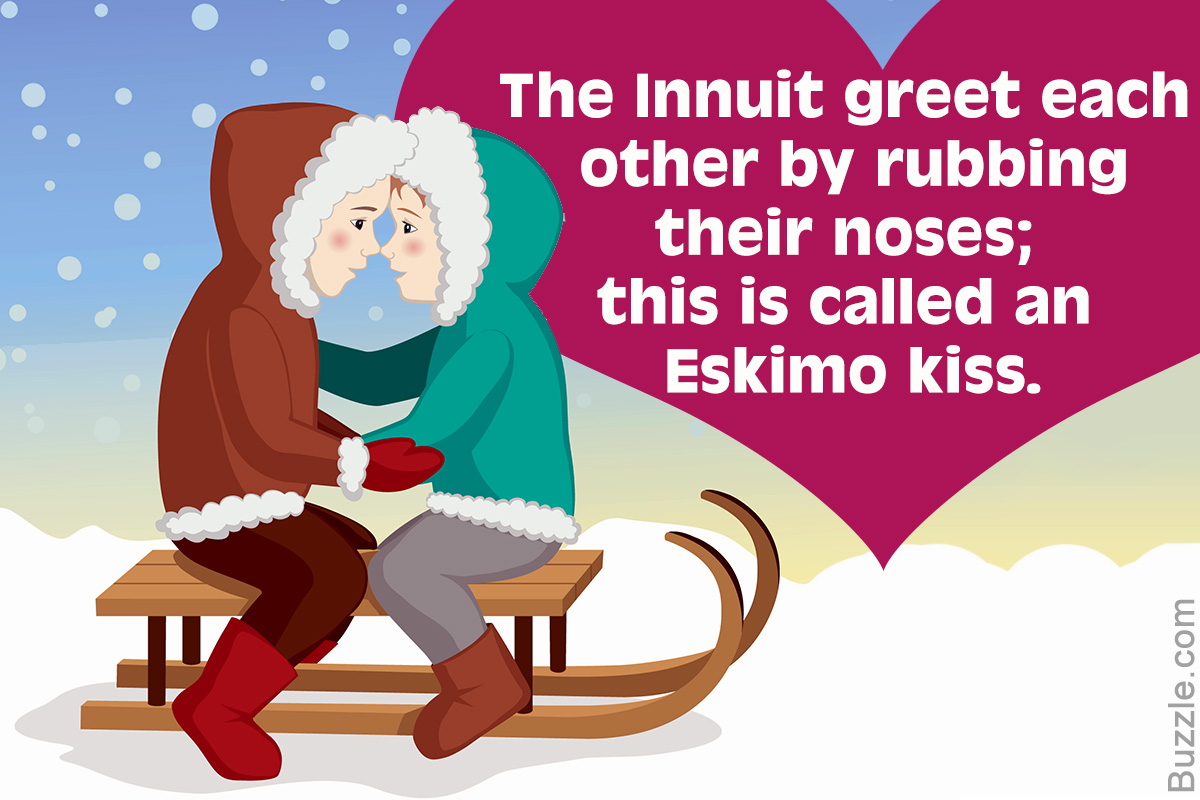 A single kiss can have a million interpretations! It is fascinating to see how different cultures around the world have different ways of expressing affection. This LoveBondings article gives you information on the famous kissing traditions around the world.

The first description of a romantic kiss comes from the 3,000-year-old ancient Hindu epic, Mahabharata.

Kissing is believed to be one of the most spontaneous and intuitive aspect of human nature. We can emote a thousand things with just one kiss! Greeting with a kiss is common in the Western culture. Usually accompanied by hugs and handshakes, it is a sign of affection and camaraderie. Sometimes, a kiss can convey different emotions depending on the place and way it is given. We may kiss someone to welcome them home or to bid farewell to a dear one.

Kissing Traditions the World Over

◆ In the Netherlands, Switzerland, Bosnia & Herzegovina, Montenegro, Macedonia, and Slovenia, people greet by kissing each others cheeks three times alternately―right, left, and right.
◆ The Italians and the French kiss each other twice―once on each cheek―to greet each other. The French tend to do it in many ways. People from Nantes greet each other by exchanging four kisses, whereas the people from Provence exchange three kisses.
◆ In Belgium, people usually kiss only once to greet each other.
◆ A kiss on the hand is a respectful way for a man to greet a lady. This is practiced in countries like Poland, Austria, Hungary, Slovakia, Romania, and Russia.

◆ In Mexico and Colombia, one kiss is used to greet each other. Yet another interesting tradition prevails in Ecuador, here women are kissed on their right cheek only.
◆ In Brazil, people kiss twice―once on both cheeks―to greet each other.

◆ In the UAE, Qatar, Oman, and Saudi Arabia, men greet each other by touching each other’s noses.

◆ The practice of kissing each other is uncommon here. It can be interpreted as a sign of respect. People usually kiss the ground on which their chief has walked.
◆ In South Africa, men greet women they know with a kiss on their cheek.
◆ In Egypt, however, people of the same gender usually greet one another with three kisses on their cheeks―right, left, and right. Men and women kissing each other in public is, however, forbidden.

◆ In the U.S. and Canada, it is common for women to greet or to say goodbye to each other by kissing each other’s cheeks twice.

◆ In the Arctic region, people show their affection for their loved ones by pressing their nose and lips against the cheek or forehead and breathing in. This is known as kunik and was termed as Eskimo kissing by the early explorers of the Arctic. Similar traditions have been seen in Mongolia, Vietnam, Cambodia, Polynesian Islands, and the Maori people of New Zealand.

Kiss Under a Mistletoe

◆ Mistletoe is usually a plant used in Christmas decorations, usually hung indoors. It is believed that the plant brings love into the world. It is a tradition in America and English-speaking countries of Europe for couples to kiss under a mistletoe.
◆ Traditionally, young men were allowed to kiss their bride-to-be under a mistletoe and pluck a berry for each kiss. When all the berries were gone, the privilege of kissing their bride-to-be was gone too.

◆ It is a custom at Christian weddings for the bride and the groom to kiss. It used to mark the joyous beginning of their lives together. Their first kiss as man-and-wife signifies the conclusion of the wedding ceremony. It is also considered to be a symbol of the union of their souls.

◆ This tradition has been around since the 1950s. It states that if two people kiss on this particular bench at the university campus, they will end up marrying each other. So if you’ve found “the one” you know what do! (wink)

◆ It is believed that if you fail to kiss someone at the stroke of midnight on New Year’s Eve, it will bestow a year of loneliness upon you.
◆ It is a Scottish tradition to kiss everyone present in the room when the clock strikes twelve on New Year’s Eve.

◆ Kissing the Blarney stone in the Castle of Blarney, is a famous Irish tradition. It is believed that anyone who kisses this stone will be given the gift of eloquence (capable of influencing other people). The locals have dubbed this as the “gift of gab”.

◆ Apart from its super intelligent students, Stanford is also known for its annual kissing event. The “Full Moon Quad” is event in which the seniors kiss the freshmen under the first full moon of the Fall Semester.

◆ Orthodox Christians kiss icons and paintings of Jesus and other Saints as a sign of honor, respect, and asking for forgiveness.
◆ Roman Catholics kneel before the Pope and kiss his gold ring and hand as a sign of respect.

In many countries like China, India, Thailand, and the countries of the Middle East, kissing is considered as a sexual expression and is socially unacceptable.