10 Ways to Interpret Mixed Signals from a Guy

It is tough to figure out those crazy mixed signals your guy gives. They make you fall for him, but also caution you against it. This constant oscillation leads to a state of frustration, more often than not. But, here's how you can interpret them in 10 simple ways, and put those maddening theories in your head to rest.

Home / Uncategorized / 10 Ways to Interpret Mixed Signals from a Guy

It is tough to figure out those crazy mixed signals your guy gives. They make you fall for him, but also caution you against it. This constant oscillation leads to a state of frustration, more often than not. But, here’s how you can interpret them in 10 simple ways, and put those maddening theories in your head to rest.

A huge reason for guys to give out mixed signals is to show off and feed their ego, that they are still alpha males when it comes to the dating game.

Yes, he does. No, he does not. But then, what was he thinking when he messaged last night? Yes, that one message that led to a conversation which went around in love-struck circles. And if that’s not it, you met him too. It wasn’t a date per se, but just a meeting. His far too caring and loving gestures confused you further.

This entire episode has left you thinking and maybe, over-thinking about the guy’s intention. When you have at no point denied your crush on him, the slightest reciprocation from him has definitely put you at a disadvantage of vulnerability. Maybe this is the reason why they say love makes the world go round. But, how long can you daydream, analyze, and have no conclusions to gauge the next move? Put a logical end to these oscillations by knowing what a guy means when he gives out mixed signals. Here are 10 interpretations of mixed signals, that women misunderstand and bank on for a romantic liaison. Maybe only a few of these interpretations apply to you, maybe just one, but nonetheless, they are about to give you a perspective that you never had.

We’ve all heard of the customary jokes about women being attention seeking and needy of appreciation and love. But a man is no different. He could be sending out mixed signals to you just to get the momentary attention he seeks. It could be to fight a lonely phase in his life, or to kill his boredom arising out of monotony. As harsh as it may seem, yes, men can do this. If you counter question this trait, then the answer is quite simple. This necessity arises not out of emotion, but out of basic human need to have people around. So, there is nothing romantic about it. However, it is only a romantic projection that saves the day for him.

2. Checking Out His Options

He might be searching for his true mate to come along. The one with whom he can share his most intimate thoughts, deposit his deepest secrets, submit his nervous prayers, and build a life of absolute fulfillment. However, this ain’t happening by just praying or wishing. So until then, he is out there, playing the field, screening potential women, essentially checking out his options to make an informed decision in the end. Thus, his mixed signals might be to gauge your reactions, to see how you fit the bill, and whether you turn out to be the keeper. Well, don’t we women too do this to the men around us?

Well, who isn’t? The definitions of love and loving are going through constant changes as we all gather new experiences and insights about it. Some begin viewing love as an evanescent passionate gusto, some take it up as a lifelong obsession, and some even treat it with genuine reciprocation. Such perceptions and their continuous alterations cause a person to react differently. The mixed signals of blowing hot and cold, showing affection and then shutting you out, can stem from his own confusion about what he is truly seeking. You do not necessarily have to rescue him from this tumultuous mental ride. But then again, the choice is only yours.

The mental make up of a person depends on his/her upbringing and the lessons he/she may have drawn from his/her past. Some people learn to focus and find their way, while a few remain stuck in the high-speed roller coaster ride of negative thoughts. The latter complicates the way they think, creating an obstacle in every opportunity that comes across their way. This is the reason why they give out mixed signals, as they themselves keep moving to-and-fro between their emotions. There are some who do it purposefully too. If you are with someone like that, it is time you reassess your decision. Dealing with an emotionally complicated person will always put love on the backseat, while his problems are at the fore.

5. He Just Speaks that Way

Your Mr. Affectionate just speaks that way! Sugar-coated words dripping with the sweetest honey make the whole situation irresistible to fall for. All those messages signed with ‘love you’, those adorable nicknames that make you feel special, and those lovey-dovey phone calls through the day can really make you feel special. But is just feeling special the end game? If his actions are not speaking louder than words, then there isn’t much to hold on to. This is what makes him give you those agonizing mixed signals. So, if there is no exclusivity in there for you, then here is a warning: Leave Now! 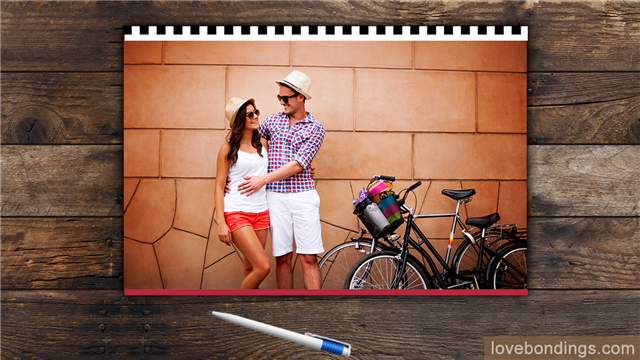 Speaking of different personalities, the whole notion about opposites attract is really just humbug. What really happens is that opposites attract, start off with passion, and then, the passion begins to consume them, causing total desolation. And this, Mr. Right Now knows for real. So, his logic for giving you mixed signals is to test whether you really like him or not. Whether you share his interests or not, whether you could really nurture each other or destroy yourselves, and so on and so forth. He is just testing waters by taking you out, engaging you in conversations, asking you questions about yourself, and finding things about you to know whether you really like him.

7. He Is Not Ready to Commit

Maybe that is the truth. Maybe, he is just not ready. He likes you, really likes you. But he is not in love with you. There is a huge difference in the two. Thankfully, he acknowledges it, and respects the reality of his thinking. It is because he likes you, he is unintentionally giving out those mixed signals. Another interpretation of this situation could be, he wants to take a little more time to make a serious commitment to you. Hence, he intends to share his deepest fears and highest hopes with you someday, for now, he wants to keep it low. If you understand and are sure of this perspective, give him some time to come to terms with his own feelings towards you.

8. He Only Cares About Physicality

All that flirting, hours of texting, expensive gifts, grand dates, and fiery equation that suddenly goes awry and then restarts, suggest only one thing. He is, as blunt as it may sound, investing in you for a bigger deal he may clinch. He is interested in claiming that sacred intimacy, and that’s that! All he wants is a relationship that gives him all other benefits without any emotional strings attached. So, he will call you at his convenience, even be nice to you to a point where you feel like succumbing to his charm, and move away from you the moment he’s got what he wanted. If that is not what you want, then you know the answer already.

9. Looking for a Rebound

It is difficult to get over a relationship that must have spanned over years. There are so many moments, so many things, so many places, so many memories, and such an emotional void to fill in. The only thing that makes sense for people in such circumstances is to try to fill it with someone who resembles their past in thought and deed. So, these mixed signals might be for a fling that will make them realize that this relationship is not what they were really seeking. A rebound relationship only lasts till the heartbroken person is done with distracting himself/herself from the emotional pain. The moment the pain becomes unbearable and it demands an urgent confrontation, they slide into their shell.

10. Scared to Express His True Feelings

A shy person inadvertently ends up not showing, sharing, or expressing his true feelings. This trait only leaves you with his mixed signals to decipher the matter. To know the truth, understand more about his nature, by talking to his friends, knowing the kind of books he reads (this says a lot), what does he enjoy doing, and so on. He could also be an introvert, a personality type which is marked by being shy and reticent by choice. Make sure you know what kind of a person he really is, before you make a decision to stay or leave. Once you are aware of the truth in its entirety, make a decision based on your strengths and core nature to adapt to his traits.

If his mixed signals are really leading you to a point of frustration, then get a second opinion. Consult a friend, preferably his, and know what is on his mind. Another worthwhile tip would be to think from his perspective, and to gauge the situation. If despite all of this, the mixed signals yield no effect, but just confusion, it is time to exercise your choice on the matter.