All About Emotionally Unavailable Men – You Should Know This

An emotionally unavailable man isn't necessarily so on purpose. They are just uncomfortable sharing their emotions, or aren't capable of developing an emotional bond with their partners. One should know the reasons behind the emotional unavailability and clear any misconceptions about it, before dealing with such people.

Home / Uncategorized / All About Emotionally Unavailable Men – You Should Know This

An emotionally unavailable man isn’t necessarily so on purpose. They are just uncomfortable sharing their emotions, or aren’t capable of developing an emotional bond with their partners. One should know the reasons behind the emotional unavailability and clear any misconceptions about it, before dealing with such people. 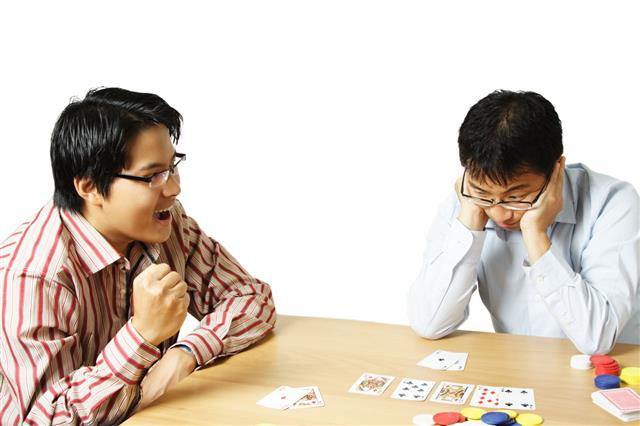 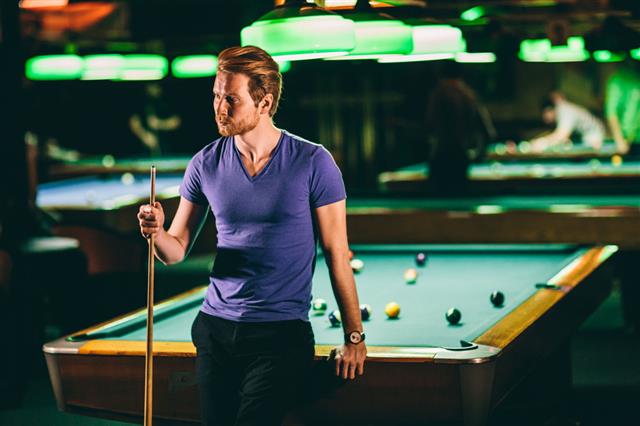 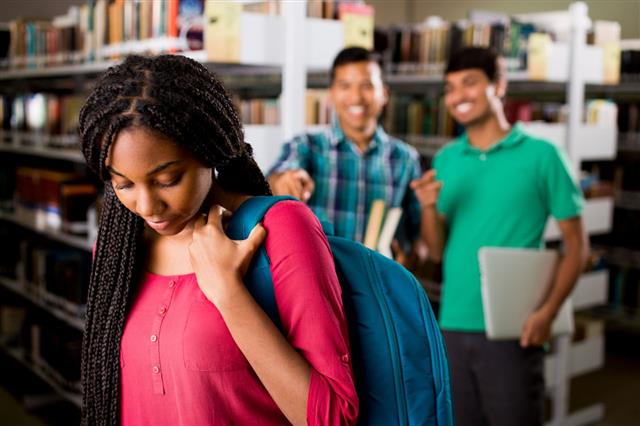 With the number of failed relationships going up, there are several reasons that are surfacing that ideally cause the breakups. One such reason is the man being emotionally disconnected, leading to problems and differences. If you are in a relationship with one such man, you should take this matter seriously, and work towards improving your relationship before it turns sour.

Is He Really Unavailable Emotionally?

Many times, temporary aloofness is regarded as emotional unavailability. However, the reality is quite different. You need to read between the lines to find out the actual reason behind the cold facade. It is always advised to start with a clean slate, to not presume anything which will force you to doubt and react instinctively. The key is to observe and deal with it delicately. Here are few reasons why men may be emotionally unavailable.

These men do not like confrontations, and as a result, avoid many of your intimate and personal questions on relationships. For example, questions like where is our relationship heading?, do you want to meet my parents?, etc., might always be avoided. They will never complain about anything, and stay with the person even if they are unhappy. They are straightforward and honest people, but always have a secret life which no one is allowed to intrude into.

In order to keep their internal conflicts at bay, emotionally unavailable men usually have some kind of an addiction. If you are in a relationship with such a guy, you won’t even realize that he is emotionally disconnected, because he shows no regret or conflict within a relationship, but apart from that, he will come across as overtly introvert, and very aggressive.

The already-committed type, they are in a well-settled, and a long relationship, and have few needs that their better half cannot fulfill. These needs can be monetary, friendly, or even physical. They will stick to just what they want. They will never make an effort to listen to your concerns or problems. They are not even concerned about your happiness or achievements. They enter a relationship with a no-strings-attached tag, and want to keep it that way.

Just for the Chase

Being emotionally unavailable doesn’t substitute for the attention that a man gets from a girl who likes him. A man knows that he can either show his real cold self and be single, or pretend to be emotionally available and have a girlfriend, as girls naturally fall for a guy with emotions. Hence, men who want to get into a relationship, and enjoy all that comes with it, pretend to care in the initial days. At this point, you won’t even get a hint of him being emotionally unavailable.

As soon as the initial days are over and you both have become comfortable, he will take a step back, and enter a shell where there is no room for emotions. This happens because in all honesty he might like you. However, his nature doesn’t allow him to get more comfortable and intimate in the relationship.

The reality can be far different from what you imagine. Assumptions might get you closer to knowing the reason behind his disconnect, but only confrontation can solve all problems for you. If he is a good boyfriend/husband, and it is only this emotional disconnect that troubles you, you should try talking to him. However, don’t play the blame game. Tell him how his nature troubles you, and how it might affect your relationship in the long run.

If things have reached an extreme with the emotionally unavailable man , where he doesn’t bother about your efforts to improve the intimacy, it is time you take a few bold steps. Does he cancel plans often? Does he try to understand how you feel about a particular situation? Basically, does he go out of his way once a while to show that he cares? If not, the situation needs to be handled sternly.

When dealing with the emotionally unavailable man, consider this – Has politeness taken a backseat recently? Do your emotions find any place in your discussions as a couple? If not, you might consider calling this an end.

However, if you think all is well, and the problems you face are only due to the lack of emotional bonding, you might consider getting to the bottom of the problem.

The reasons why these men are unavailable emotionally can be very complex to understand. It can be an incident in the past that has affected them deeply, it can be growing up in a broken home, or having an abusive parent. It can also be due to too many failed relationships in the past, certain insecurities, or a personality disorder even.

Sometimes the person might come and tell you the reason behind his emotionally unavailable nature; however, sometimes you have no way but to figure it out on your own. Also when those disturbing situations which have transformed their nature drastically recur coincidentally, they will not be able to control their feeling, and may react in unpredictable ways.

The Solution to Your Problem

If you think that your relationship has hit a dead end because of your man’s nature, then hold yourself back and reconsider. The situation can still be improved. By now you must be clear about two things: one, that mostly, this nature has developed due to some disturbing incident than by choice; and two, that he isn’t going to opt for confrontation, and solve the problem.

Your first step should be to help him come to terms with the fact that your relationship has problems (due to his aloofness). Secondly, you also need to assure him that this damage is repairable.

Even after several attempts if he insists you to ‘leave him alone’, you can try something different. Try to initiate intimate conversations purposely, only to make him realize that he isn’t really contributing to these. This might help him realize that something is amiss, and that he has a problem.

Sometimes, emotional unavailability is the result of something as normal as financial instability or a low confidence level, perhaps.

Every coin has two sides, and if you find out that he is purposely playing games with you, and he has no intentions of improving, it is advisable to show him the door as early as possible. You can decide your next step by first confronting him, and seeing his reaction. If he is open to counseling, and is ready to accept his shortcomings, then mending the problem is possible. But, if he refuses to listen, then it is always better to walk out before it gets worse.

It is better to feel that transitory stinging pain of breaking up with an emotionally unavailable unwilling to change , than live in it for the rest of your life. Moving on in some cases is the last option, and you should embrace it as an opportunity that is presented to you.

The tag – ’emotionally unavailable’ – is overhyped amongst today’s generation. This does not apply to every man who needs space and freedom. There are men who are still a little immature and aspire freedom in general, and mistaking it with emotional disconnection is silly, so be sure before you judge a person. Moreover, do not carry a negative first impression which will make you assume unnecessarily. Wait for the signs to recur frequently before you form an opinion about the man you are with.

Dealing with emotionally unavailable men can be challenging, but it is definitely not impossible. 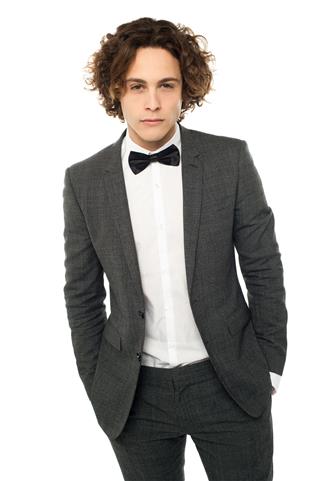 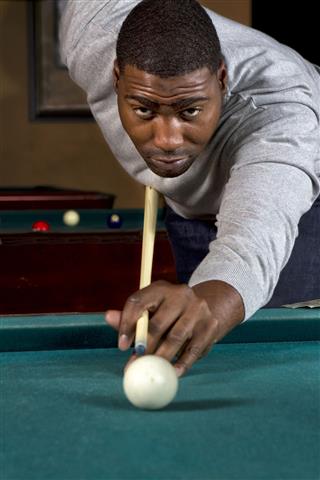 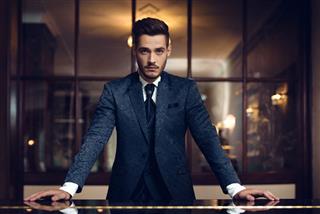 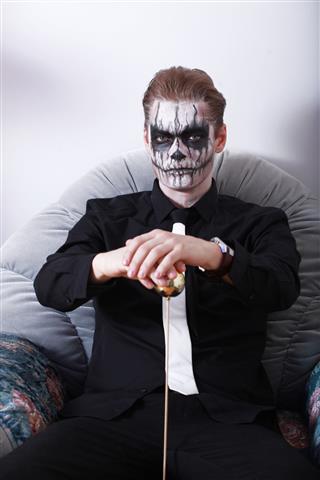