An on-again, off-again relationship calls for a repetitive cycle of makeups and breakups, in most cases, deteriorating the quality of relationship furthermore with every 'new start'. If you too are involved in this rewind-play-pause cycle of affair, then this LoveBondings piece has some valuable relationship advice for you.

An on-again, off-again relationship calls for a repetitive cycle of makeups and breakups, in most cases, deteriorating the quality of relationship furthermore with every ‘new start’. If you too are involved in this rewind-play-pause cycle of affair, then this LoveBondings piece has some valuable relationship advice for you.

According to the findings of communications professor Rene Dailey, who works in the University of Texas, couples involved in on-and-off relationships tend to have higher relational stress as compared to other couples.

‘On-again off-again’, or, ‘on and off relationship’ can be defined as a relationship between two people who breakup due to their personal differences―induced by either internal or external factors―and come back to each other again after some time. This pattern keeps on repeating, where both juggle between the feelings of wanting and not wanting to be with each other.

Our perception of a normal relationship has definite stages: Meet, get to know each other, decide to be with each other, and stay steady. Agreed, that the ‘stay steady’ part often ends up in ‘staying apart’, but we normally move on to other prospects, and finally settle down. However, research suggests that this ‘normal perception’ is far from the current scenario. The findings of Professor Rene Dailey also included another shocking fact, that 60 percent of adults have had a breakup and then reunited again! In addition to that, three-quarters of these survey participants went through this breakup-and-makeup cycle at least twice.

Experts suggest that these relationships can be divided into two kinds: Capitalized-on-transitions and Gradual separation. The first type is where a couple makes a positive use of the breakup time; they capitalize on it. They sort of work on the things that makes the relationship unsustainable, work on these loopholes, so that when they finally reunite, things take a better shape. On the other hand, the second type of relationship is the kind in which each makeup only paves way for a final breakup! If yours was the first kind, it would have been sorted in one or two cycles. However, if the pattern is repeating more than that, it is probably the second type.

Now, coming to the question of this kind of relationship being healthy, or not. Did you know that this on-off relationship is also known as a ‘Toxic Relationship’? Evidence suggests that such unions not only affect the relationship, but also the personal well-being of those involved. It can harm one’s self-confidence and total satisfaction level in life, thereby arising questions and doubts about self and also other partners in the long run. Clearly, there is nothing in this relationship that can be termed as healthy. Rather, living in such unions is like living in a delusion, where everything is promised, but nothing is delivered.

Essential Advice for Those in an On and Off Relationship

After understanding the meaning of this relationship from a bird’s-eye view, and realizing how unhealthy this relationship can be, it becomes extremely crucial for those involved in such complicated unions to give a serious thought about continuing with such toxic togetherness. In order to avoid the emotional toil, the following advice will prove to be of help.

Be Clear and Open in Communication

What paves way for such couples to come back to each other and go away the next minute, is the lack of an open and clear communication―the one thing that is quintessential for any couple to get a final closure and move on for good. Whatever be the reason for your differences―variations in goals, opinions, family problems, lack of satisfaction―it is important to be very clear about it. Otherwise, it will only invite in more frustration, uncertainty, and doubts in the relationship. The uncleared things only lead to a benefit of doubt. These doubts and lack of clarity just add to the mess. Unless you don’t put a tick mark on the issues that need to be resolved, and see them getting resolved, there is no point being in such a union.

Evaluate the Pros and Cons

No decision should be, or can be, taken without evaluating the pros and cons, especially if it is to be taken for something as important as a relationship. We are sure you must have done that in the past, but there are chances that your heart overruled the decision back then. This time, use your brains and take a practical approach while deciding what would be better for you―the both of you! One thought that overrides the ‘happiness and satisfaction quotient’ in these relationships is the amount of time invested. If you have been with this lover of yours for a decade, you are likely to shun the thought of finding a better partner, simply because of the time, emotions, effort, etc, etc, invested. Dr. Helen McGrath, a counseling psychologist and lecturer at Deakin University, states, ‘People don’t easily give up when it comes to relationships. Often they feel there’s a huge investment at stake, and a sense that, ‘Well, I’ve given it so many years, I might as well see if I can make it work’.’ The make it work part rarely happens.

We agree that the thrill of getting back to an ex after a break can be alluring, but that’s just initially, right? As we said earlier, reunited again after one breakup, at the most two, is still acceptable. But if you have invested a significant phase of your life living in this repetitive mode of getting back and away, hoping at one time to find true love in someone else, and at another, realizing that the ex was better than the new one, then perhaps you need to rethink. Why is it that you can’t let go of this ex who keeps on ruining every chance you give him/her? If it was so important to your ex, wouldn’t he/she have made it happen in the first few chances? Don’t you think that now, this person has just taken you for granted, and you have taken him/her? You need to end it. Period.

Don’t be Stuck in the Past

Most of us tend to get hung on to our ex. We tend to compare the moments we spend with a prospect, to the moments we spent with our on-and-off partner. This comparison paves way for nothing but disappointments, and it is this disappointment that prevents you from a entering a new and happy future that you deserve. Most couples tend to keep in touch with their ex. The reasons? Strong emotions involved, somewhat missing the presence of this relationship, just to keep a tab on how the other one is doing. Most decide to remain friends, but with such messed up association, it is extremely difficult to move on while being ‘friends’. You would never know when the talking would lead to meeting, and when the meeting would lead to a steamy makeup, putting you in the same spot from where you wanted to move on. Cut all the threads that link you to him or her, and never walk that road again.

Be Open to New Roads in Life

Many times, we are just too scared to let anyone else come so close to us again. We sort of confine ourselves in preconceived set of notions, and limit our possibilities of actually finding the right mate. Perhaps, the experiences of being in a toxic relationship has marred your belief, hope, or faith in healthy relationships, in right relationships! Why not start looking at life, at people with a refreshing approach? Perhaps it is this change in approach that you need to meet that ideal one. Just be very clear that the ideal one is not this on-and-off lover of yours, he/she can never be.

Keep the Relationship Mode OFF and Move ON!

At last, what must be done, must be done. If after living the movie that keeps on repeating itself over and over again, if after dealing with failing hopes and desires, you have realized that it is nothing but a rut in which you are stuck in, then it is best to let go of the relationship. Most people think that they will not find anyone better, or will not feel the same connection with anyone else. Therefore, they continue to be in the same demoralizing, depreciating relationship, when, as a matter of fact, they should ideally close this chapter for good and move on. Just stop giving yourself false hopes in this aspect.

We know that the connection, attraction, togetherness, in short, the amount of time that you two have spent together is valuable and special. The place that you have for that person in your heart is irreplaceable. However, a relationship is something that allows you to appreciate, not only each other, but also yourself. If that doesn’t seem to happen, it is best to give life another chance with another person, while eliminating the former chapter with a mutual agreement, with respect. You did enough to handle it, make it work, make it last. Now, the right thing to do would be nothing except for ending it and getting over this phase. All the best! 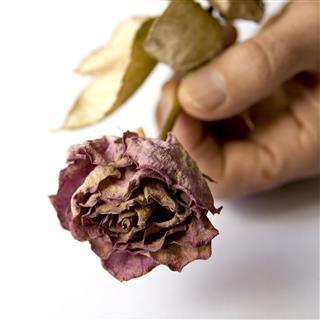 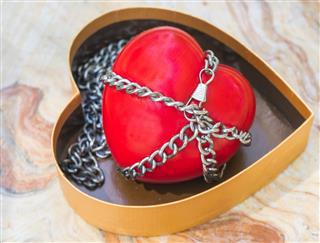