Find Out What an Egalitarian Marriage Really Means and Be Amazed

Changing trends in society always come across through changed patterns of lifestyle. Egalitarian Marriage is one such change of pattern in the way a married couple interacts. LoveBondings sheds some light on this style of living together.

Changing trends in society always come across through changed patterns of lifestyle. Egalitarian Marriage is one such change of pattern in the way a married couple interacts. LoveBondings sheds some light on this style of living together.

The Nordic countries of Finland, Norway, and Sweden follow best practices regarding parental leave policy, with Norway offering 35 weeks of FTE (Full-time Equivalent) paid leave, the maximum for fathers among the richer countries.

As they say, marriages are made in heaven; not sure if they really are, but making a marriage turn into something close to heaven is certainly not impossible. Marriage is special to everyone. Not that we all know how a marriage would turn out to be in the long run, but the concept of egalitarian marriages works out to find a golden mean for couples struggling to balance their careers and family lives.

An ideal marriage involves a husband and wife (or and kids) sharing their responsibilities (financial earning, household work and looking after kids) as equal partners. Stemming from the belief in equality between all human beings, egalitarian marriages basically underline the principle of sharing everything as equal partners; be it the odd jobs or perks. Though the idea of egalitarianism in marriage may seem to be adding an ideological perspective to one’s life, couples who live in such relationships have not deliberately chosen to practice equality of sexes as a remarkable ‘principal of equality’. It is rather the need of the hour and an easy arrangement for them to live happily and support each other along the way. Looking at it from a practical point of view makes it a lot easier to understand.

– is where both husband and wife are employed full-time and earn for the family.
– works with a common understanding that both have agreed to take care of the house (or and kids) together.
– is where roles (or who does what work) are not based on the person’s gender.
– allows both partners to make important financial, personal, family-related decisions as equals.

– should not be confused with the kind, where women work part-time and add to the family income, but the husband is the head of the family.

Example of an Egalitarian Marriage

Consider a family of four (husband, wife, and two kids), where both parents spend equal time away from home, at the workplace. How does a plan distributing equal share of work between all family members work here? Cooking dinner for every evening may thus, be a responsibility of the one who reaches home early. One of the kids may help the parent in setting up the table and doing the dishes later on. The other spouse may be meanwhile, engage in helping the children with their studies or other chores like, putting the washed clothes back to the respective closets and getting the next laundry batch sorted. Something like a parent-teacher meeting, going to the bank, buying grocery for the week are some other errands both husband and wife can divide among themselves, according to their time schedule and priorities.

Going out for a movie together, or watching a match followed by a dinner at a favorite restaurant once in a while also then pays off equally for everyone. This picture may change with different countries or cultures. However, the basic idea of a family member being one among equals stays the same.

Gender Roles as a Couple

Gender roles can be referred to as the patterns of behavior, value systems, attitudes, traditionally accepted as a ‘given’ by any culture. In an egalitarian marriage, these traditional aspects imbibed in a culture are challenged to some extent.

Behavioral: Unlike the role only of women, roles of men and women together, have transformed into a responsive dynamism. It is not just the financial independence of a woman that has changed her as a wife, but also the man’s response to her changing role that has led to the evolution of egalitarianism in marriages. Also, value systems have just been broader and more assimilating, it is not either the husband or wife who is more powerful but, both.

Family head: The concept of a family head has two main aspects to it, one being the earning head and other being the decision maker. This has now generally shifted to women actively taking part into both these aspects, which also reflects in egalitarian marriages.

Decision-making: How to run the family, whether to move to a new place or not, and other such issues may not always be decided by the person with a higher salary. It also depends on factors like the kind of employment they are engaged in, their age, if they have kids, and needs of the kids according to their age, etc.

Parenting: Fathers taking a paternity leave from the workplace is an example. For a father, it could be helping his daughter with her homework, taking her to dance class or sitting by her side the whole night when she is unwell. Thus, bringing up a child is not just the mother’s domain anymore.

Household work: Cleaning the parking space or garage, mowing the lawn, fixing the broken letterbox, etc., are not tasks to be done only by the husband, a wife would do it as well. Similarly, cooking and washing dishes is something either or both can do.

This kind of lifestyle is looked upon as a way of adding quality to the relationship as it breaks away from the traditional patriarchal (or authoritative) types of marriage relationships. Also, as is commonly understood, it is not always that both partners work full-time because they are career oriented. It is also their need for more earnings that makes it necessary for the husband and wife, both, to work.

Changing gender roles today have impacted marriages a lot. Advantageous or not, they definitely have changed the structure of the family as a sociological unit. Whether these interchange of roles help marriages last longer is a matter of research today. The best part although is that, there is no confinement of roles, sticking to a particular activity meant for the husband, wife, or parent. 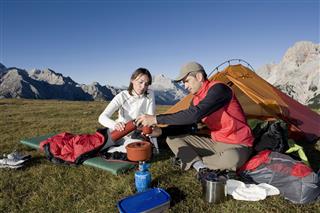 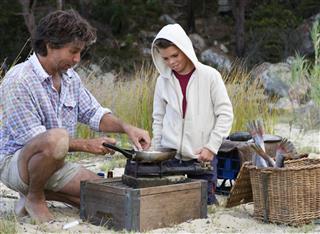