Sure Signs He Likes You – How Many Have You Noticed?

And there you are again -- obsessing over whether he likes you or not, and wondering if only there were some telltale signs to learn of his attraction. Oh but there are!

Home / Uncategorized / Sure Signs He Likes You – How Many Have You Noticed?

And there you are again — obsessing over whether he likes you or not, and wondering if only there were some telltale signs to learn of his attraction. Oh but there are! 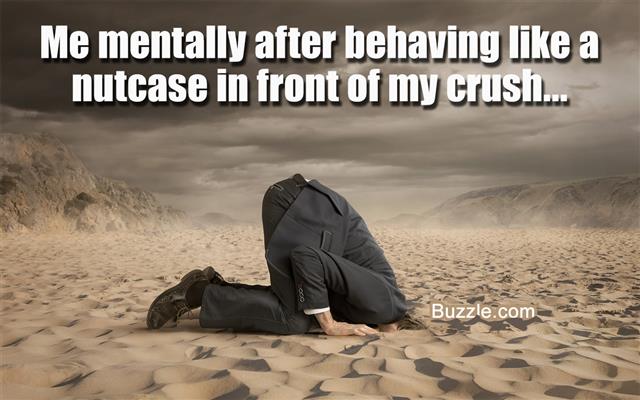 OK. So this is the fifth time you took the ‘flower test’ to see if the guy really likes you? Nice. You could do that, or you could instead read up on the signs that indicate his ‘like’ for you. And what about all those mixed signals, you say? Like why does he wait for you in the hall and enter the class with you? Why is it that every time you turn towards him, you catch him looking at you? If he likes you, why doesn’t he just say it in clear words? Ah! If you’re hoping ‘words’ will come into the picture, it may not happen. So then what choice do you have but to be initiated into the baffling world of reading into unspoken words? But all is not lost — though a guy may not be able to put across what he’s feeling in words (it would have been so much easier if only they could), there are scores of signals which a guy sends across, which could be read as the sure signs of his ‘like’ for you.

Guys and (the lack of) Communication

Unlike Tennyson and Shakespeare, our men definitely believe that actions speak louder than words. They might not be able to find the right words at the right time, but if you are lost in the woods, you can definitely rely on your guy to get you out of the wilderness. Research has proven that men are generally good with numbers and reading maps, but when it comes to communication and handling emotions, women certainly do a better job. Besides science, there is society that has further made our men inept in scripting their emotions into words. Everything they see around them tells them that they have to be strong, and matters of the heart, like communicating one’s feelings, is a woman’s domain. However, if we pride ourselves in being able to handle emotions well, then even men have found ways of expressing them through their behavior. All you have to do is to be able to read the signs.

If you are genuinely interested in a guy and want to know if he will reciprocate your feelings, look out for the following traits in his behavior. These, my friend, are sure signs that a guy likes you.

Do you catch him looking at you or stealing glances whenever the two of you are in the same room? Like, every time you look in his direction, there he is — looking right at you. If he looks at you frequently and never misses a chance to flash his pearly whites (even when he is with his friends planning the next football practice session in the corridor, perhaps), you can safely take this as one of the evident signs that he likes you.

Another way of how to tell if a guy likes you? Look for certain subtle signs in his body language. When he likes you, he will rarely turn his back towards you, and while in conversation with you, his body and head will lean a little towards you. When in a group, he will stand beside you or always face you, and may also try to block out someone else by standing between you and him. Where guys fail with their words, they try to make up with physical touch. However, don’t be too skeptical. If a guy is genuinely interested in you, he will never cross his limits. If he does, then he is certainly not worth your time.

Guys don’t like to talk a lot (unlike us ladies, ey?). Most guys, unless they are really, really comfortable around a girl, will usually not be very vocal and expressive, and they will definitely not simply ramble on and on. In fact, guys love to keep things simple and to the point. And therein lies your next clue for whether he is feeling a little something-something for you — get a guy to talk. If he goes out of his way to talk to you, initiates conversation, or when you’ll are on the phone, tries to prolong the chatting time, rest assured, he likes you, and not just chatting with you.

A guy might not talk much, but he can surprise you at times by pointing out the minutest changes in your appearance. He might compliment you on the way that you have parted your hair, even when your best friend might have failed to notice it. More so over, when a guy likes you, he will be very observant about everything that concerns you. So any slight change in your appearance or even behavior will hardly go unnoticed. When he starts making these observations and voicing them, you should take it as a telltale sign that he likes you.

When a boy likes you, he will want to spend more time with you. In such a scenario, he will not mind riding a few extra blocks to your home to go to school with you, and he will definitely not give up on the chance to watch Titanic with you, despite being a Star Trek fan (to cite some examples). If you find a guy doing things he normally would not do, or does not necessarily enjoy doing, it means he just wants to spend more time with you — no matter how, no matter when, no matter doing what.

The fairer sex may never make sense of this one, but guys have this crazy streak of pulling legs, playing pranks, and teasing. Just for the heck of it, mind you. Yes, we find it strange, and at most times very, very annoying, but there’s more to it than ‘laughing at your expense’ involved in all of this. Guys are seen to behave in this manner around the people they are most comfortable with. You’ll find him pulling the same stunts with his guy friends (we’re guessing the intensity always dialed up a notch). So that’s just his way of being comfortable around you. Another reason that could get him acting this way? To attract your attention. That’s why. And he simply resorts to what he knows best.

Need to know if a guy likes you? Observe his friends. Friends are usually not very subtle about these kinds of things, and have no tact whatsoever when it comes to ‘covering for their friend’– quite the opposite actually. So say he likes you, and you’re passing along while he’s with his friends — there will be a variety of things happening-either subtle, or very, very direct — you will find cheeky grins exchanged, elbows nudged, saccharine sweet smiles being pulled, your name being called out, throats suddenly being cleared and so on and so forth. All of which, as you realize, will be done to attract your attention and link the two of you together. Granted, the signs might not always be so out-there, but the subtle signs will make way for sure and those you can readily observe. Another factor that can be considered as an extension of this feature is one where he might try to befriend your friends in order to get to know you better.

He likes you, he’s going to want to protect you. As simple as that. And by protection I don’t mean ‘save you from the bad guys’ protect, but something more like, if y’all are passing through a crowded place, he might place his hand on the small of your back and guide you through the area, or he might let you have a seat in an overly crowded bus (you’ll know when it happens). Also, jealousy. He won’t be very thrilled about seeing you with other guys, or other guys showing their interest in you, for that matter. It will show in the comments he passes about them or the way in which he behaves with them. And you know why this is happening, right? It’s not like he wants to be jealous, it’s just that he likes you, he wants to be with you, and he does not know what to do about it. That’s why, sometimes, he just acts up.

So no one else finds the joke you cracked funny and he laughed for minutes after that? And while none of the others could make it to your speech, he was the only one who ditched whatever he was doing and came? Or how about the time he spent that half an hour trying to find the earring that you lost in the parking lot, when you kept telling him it was not really important? You know what’s happening right? The guy is trying to tell you he likes you.

So when a guy readily introduces you to his friends and/or his family, what does it mean? He likes you. Period. It literally means that he’s letting you into his inner circle. It means that he is comfortable enough to let you in, and according to him, this is the ultimate way to let you know that he likes you.

Have you noticed any of these signs then? ‘Cause even if it’s just some of them, you can rest assured that he has special feelings for you. Of course it’s true that there is nothing better than a verbal confirmation from the guy himself; but that will require you to be patient. Men, they need their time, and when they feel the time is right, their words will mean just what you have always wanted to hear… and much, much more.