10 Types of Couples We Come Across Everywhere

Some couples look really adorable, especially older couples who have been together for decades, while some can be downright annoying―they just don't seem like a couple. We, at LoveBondings, have come up with a list of 10 types of couples one would usually come across. These types vary from married couples to dating couples, to high school sweethearts to irritating ones.

Home / Uncategorized / 10 Types of Couples We Come Across Everywhere

Some couples look really adorable, especially older couples who have been together for decades, while some can be downright annoying―they just don’t seem like a couple. We, at LoveBondings, have come up with a list of 10 types of couples one would usually come across. These types vary from married couples to dating couples, to high school sweethearts to irritating ones. 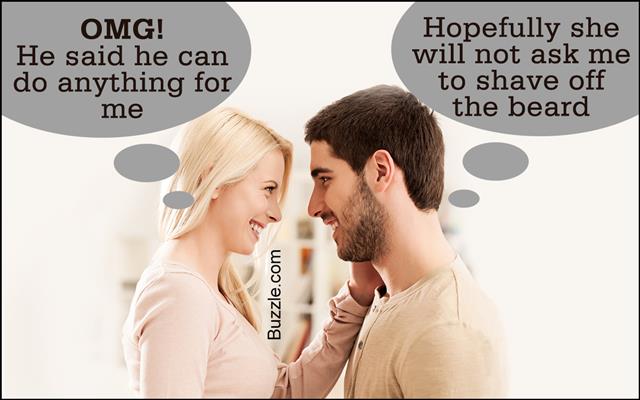 Skeletal remains of an ancient Roman couple holding hands was discovered recently in Italy. The couple were believed to have been buried during the 5th or 6th century CE.

No relationship is perfect because it is made up of two individuals who sometimes don’t function normally. While each relationship has its ups and downs, good and bad times, there is this one significant and differentiating quality or characteristic about few couples which helps you to differentiate them from the rest.

Now, no two couples are alike, so you are sure to find a variety of couples in your lifetime. So, given below is the list of different types of couples you might just observe around you. Most of the couples fall into the following categories.

They have a combined account and love to post pictures, their plans, and sometimes even what they are thinking. They are all over social media pages announcing their love for each other. They will like each other’s pictures and statuses, and selfies are common with this couple.

We all are aware of May-December relationships right? If not, let me explain it to you, this love affair has one partner is in his/her winter age (old), and the other spring (young) and vice versa. So if you ever come across a couple don’t assume them to be father-daughter or mother-son.

All the other couples look up to them as inspiration. They fight but make up; they are one of a kind, which makes you believe in true love. They are perfect for each other, just like best friends who can complete each others sentences but not in a creepy way. Plus, they are even married for years or sometimes decades.

It’s highly stressful to be around a couple who is constantly arguing and bickering over something or the other. One minute it’s yelling that turns into crying, and the whole process starts all over again. Rarely will you ever find them talking like normal human beings.

Although a little display of affection in public is acceptable, excessive displays do make other people really uncomfortable. These individuals are always busy playing with their partner’s hair or are all over each other all the time. On being woken up from their love trance, they give lame excuses like, “Ohh! We forgot that we were in the company of others.” They will never get over with their excessive show of affection, but they need to respect the other people around them.

A little bit of jealousy is cute in a relationship, but being jealous because your girlfriend just looked at some guy is nuts. The jealous couple includes one partner or both of them questioning each other and demanding explanations from their partner. If you have to hang out with either of them, wait for them to take each other’s permission.

No we are not interested to know what your coochie-coo did last Sunday, nor are we eager to know what you guys fought over. Very few people are really interested to know about your relationship. This type of couple will make everybody and anybody sit down and proudly admire what their significant other did for them. They will share details about everything and anything and assume that the individual is actually listening to their worthless details.

This type of couple has one partner literary head over heels in love with the other. They have probably decided on their kid’s name, honeymoon destination, etc. While the less interested one has a roving eye and is flirting with other guys/girls.

On and Off Couple