Just as we profess our love in different ways, the way it comes to an end also has its different ways. The manner of splitting makes the coping up period differ in time and sentiment. Here's taking a look at the various breakup types one might experience or exercise. 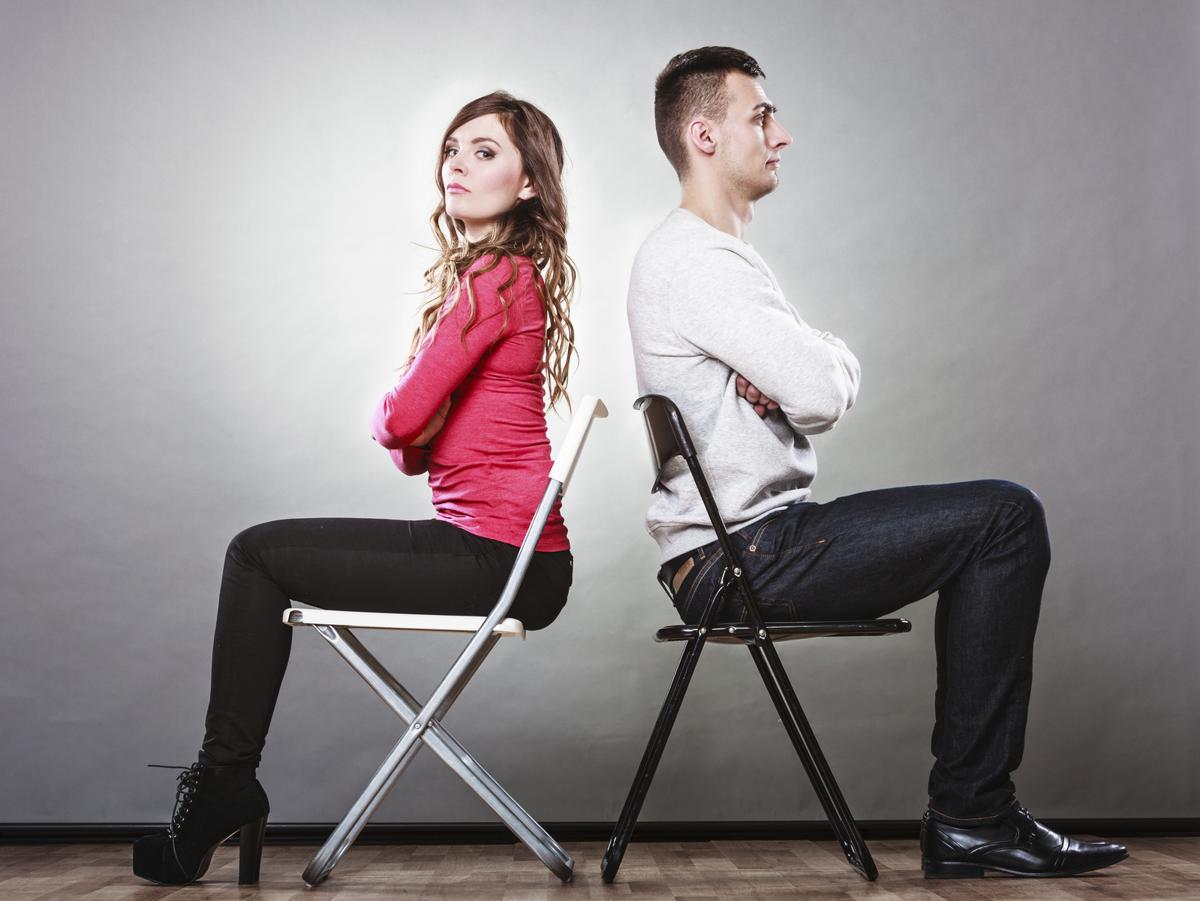 Just as we profess our love in different ways, the way it comes to an end also has its different ways. The manner of splitting makes the coping up period differ in time and sentiment. Here’s taking a look at the various breakup types one might experience or exercise.

I don’t hate you for not loving me anymore, but I hate myself for still loving you.
~ Anonymous

Just as we get into relationships for different reasons, we part ways for different reasons too. When they say love is blind, they say so because we overlook a lot of things about our partners. The idea of self, alters to match a new concept created by your partner. We begin to share psychological and physical space, our friends, activities and thus, slowly, overlap ideas of who we are and who we’ve become. However, with time, as these interwoven ideas begin to sort themselves out, reality returns, urging for a change.

At this juncture, the rosy picture begins to tear, layer by layer. For either of the two, the process starts quite early. It starts with a crisis in communication and failures in emotional or physical intimacy. Despite a starting point, people execute the finale of a relationship in different ways. Here at Buzzle, we have tried to enlist the different types of breakups and how they can impact people in different ways.

Ghosting
Ghosting is a way of breaking up with someone by completely disappearing on them. Sometimes we’ve seen it happen to friends, family, and a few acquaintances. That was the time when we truly counted our blessings or judged the victim for being the perpetrator of such a nasty move by their partner. They vanish and then continue to haunt you, with series of unanswered questions, just like ghosts. This breakup can make any strong and sane person suffer in self-doubt with questions – how could this happen to me? Was I that bad a person? Am I that depressing a person? Did I never make him/her happy? Where did I go wrong? – and so on. This brutal way of breaking up is rarely justified. For a long time to come, the victim makes a sincere effort to find the pieces of his/her puzzled state of mind.

Stand-up
This is a slightly milder version of ghosting. However, it is equally painful. This is chosen by people who are too scared to confront reality, and slipping through the back door always seems like a convenient option. It is characterized by a series of excuses a person makes to avoid meeting you. For instance, if you are scheduled to meet over a cup of coffee, to talk about things that were being brushed under the carpet, they’ll come up with excuses such as, it is raining, it’s too sunny outside, an urgent meeting at the office came up, or worse, when they won’t even bother to give you a reason, which would translate to a complete stand-up. In this case, the anger about the other person makes it easier to get over them. However, it still remains unbearable as the anger wears off.

Mutual
This is an extremely peaceful way of splitting, at the end of which, both partners still respect each other and remain friends. In this type, both parties mutually agree that they are no longer compatible and need to let go of the relationship. A common understanding as such, serves as a tool to make the transition. It is easier to move on from this type of split, because there are no feelings of anger, hostility, revenge or vindication towards your ex.

The Blind Side
In this situation, the person intending to discontinue the relationship has it coming for a while, but they hold it till the tipping point. Blind side literally means an an attack from the side which is not guarded. This split pretty much follows its exact meaning. For instance, a couple may have been happy together doing the sweet nothings that matter. The very next moment, the attacker gets up to announce he/she is leaving and that marks the abrupt end of that relationship. A typical example of this can be after they have spent the night together, the next morning the guy announces he is calling it quits because he cannot take his girlfriend’s nagging anymore. The catalyst for this blindsided attack could even be a small banter over breakfast! This gives the person at the receiving end a great shock and surprise, as the attack comes out of nowhere. It takes some time for them assimilate what has happened and understand the magnanimity of the final act; while the attacker gets away, with an abrupt end to an idea of forever they promised someone special.

Complete Betrayal
Cheating is one of the most disrespectful forms of breaking up. The moment the act of cheating begins, that person starts moving away from the existing relationship. Sooner or later you may find out, or there might come a point when you realize that your relationship is no longer the way it used to be. The person who gets cheated on, feels stupid and dejected. This too can create self-doubt over the fact that you couldn’t recognize the changes in the cheater’s behavior over time. The rage and humiliation that one feels in such a situation makes it very difficult to move past the grief, heal the wounds, and get back on the dating scene. This can create serious trust issues in a person’s mind about getting into a new relationship.

Ego Over You
Ego has a mind of its own. And when it decides to play its devious tricks on your mind, you sure are going to be in trouble. Heated arguments over finances, careers, and other such important life decisions can hurt the ego. For instance, a discussion over how much to spend on the wedding, a classic case wherein the couple keep nursing their bruised ego instead of resolving the matter amicably. The worst part about this kind of separation is that, it only leaves you with a retrospective wisdom of how you could have said things, acted, and reacted differently. Sadly, since egos are bigger than love, no one makes the effort of mending the broken bridges.

Ultimatum Breakup
When self-interest takes over collective interest, its ultimate result is the ultimatum breakup. This type also has its signs. The constant nagging by one partner, say for example, to get married, to have kids, to move in together, and basically all those things which are considered to be the next step in a relationship. So when nagging fails to satisfy their self-interest, these people serve ultimatums to go their separate ways. For example, if you don’t marry me, consider this relationship over, is an ultimatum that could result in a split.

Circumstantial Breakup
A circumstantial split is justifiable, but the most difficult one to get over. When a situation arises due to which the two people involved in a relationship cannot remain together, parting ways becomes the only solution. Love remains, but the situation precedes all, making it difficult for people to be together. A new job, relocation, new school, cultural, social or racial differences are some of the reasons that can lead to such type of split.

Text Breakup
This is one of the lamest ways of breaking up with someone. But yes, sending a text to declare you want to break up, does count as one of the types. The other version of it, when the person who wants to part but does not have the guts to say it, so, sends a minion to do the job. Also, as social networking platforms continue to validate our existence, declaring a split over a chat is also an insipid version of this type of separation.

Unclear Breakup
The funny part about this type is that the person involved does not know about the split. The person who wants to opt out keeps announcing to the world the end of their relationship, over social networking sites and word of mouth. Sadly, they conveniently forget to inform the other person about their intent. This is the reason why one of the two continues to live in the dark about their relationship status. This is by far, the most confusing type that one can come across. .

No matter what the reason, it is always painful to get over a breakup. The pain refrains many from getting into a relationship, falling in love, and living in its glory while it lasts. But pain, as we know, is integral to life. It is a feeling that makes us grow strong in thought and sentiment with its every experience. So, go ahead, find love, fall at its feet, make memories and let grief (if it ever were to strike you) make you a new person, once again ready to seek love!